January 11, 1973: The Designated Hitter rule becomes a part of the American League 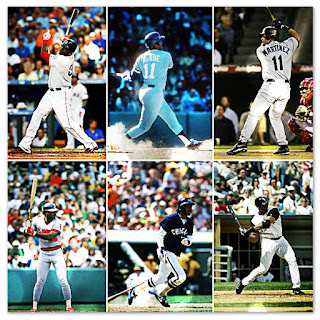 On January 11, 1973, the owners in Major League Baseball voted to allow American league teams to use a designated hitter, it would change the game. The rule allowed a designated hitter to bat for the pitcher while allowing the pitcher to stay in the game. The idea for the DH can be traced back to Connie Mack in 1906. It was said that Mack got tired of watching his pitchers swing senselessly at balls like they had no idea what they were doing at the plate. In 1928, National League President John Heydler brought up the idea once again, only to have the American League reject the idea. While it might have been talked about after that, it never came to fruition until one of baseball's biggest showmen Charlie Finley brought it up in the early 70's. This time it would gain traction and the wheels were in motion for the biggest change in baseball rules since 1903, when it was decided that foul balls would be considered strikes.


The meeting that took place on that January day had Charlie O. as the biggest proponent for the rule change,  he was by far one of the most colorful owners to ever be a part of the game and was always pushing for something new. A good portion of his ideas never seen the light of day but this one was different, initially the National League resisted the idea but gave in. It was originally supposed to be a three year trial run that became a permanent part of the game that we still see today. The first designated hitter in the history of baseball was Ron Blomberg of the New York Yankees. He was walked by Luis Tiant of the Boston Red Sox on Opening Day in 1973. There have been a number of great designated hitters since that day, names like Frank Thomas, Edgar Martinez, and "Big Papi" David Ortiz have taken on the role and had great success swinging the stick. 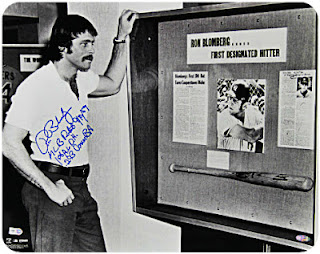 I was born and raised in St. Louis so I've always followed National League Baseball and it's safe to say I love my hometown Cardinals. I have always heard the National League side of the argument with people saying that the DH shouldn't be a part of the game. I tend to disagree with them, I believe it adds something unique to both leagues and it also helps some of the great hitters extend their careers, so I would consider myself a fan of the rule. With that said, I hope the National League stays away from making it a unilateral rule so we can keep the uniqueness it adds to the two leagues. One thing I would love to see is MLB flip flop the rule when it comes to interleague play. I think it would be great for the fans at a National League ballpark see teams have the designated hitter in the lineup and  the fans at the American League ballparks see the pitcher bat. That would show each fan base how it changes the strategic part of the game. I know that some love the rule and others hate it , I look at like it is part of the game and for me I like it.