January 16, 1988 Bill Bidwill announces the St. Louis Cardinals will be moving to Phoenix 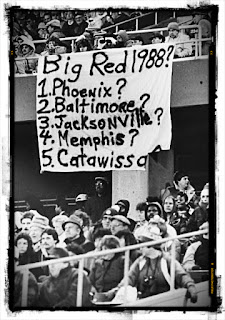 On January 16, 1988, the owner of the St. Louis Cardinals football team Bill Bidwill announced his plans to relocate the team to Arizona. The announcement came after years of negotiations with the city on a plan to build a new stadium. With Bidwill insistent that Busch Stadium was no longer up to par to accommodate his team several proposals were made to keep the team in St. Louis, including a brand new open air stadium that would hold more than 70,000 fans. None of the proposals were sufficient enough to please the owner so he started shopping the team. Bidwill flirted with cities like Memphis, Jacksonville, and Baltimore before being lured to the desert. He was set to share Sun Devil Stadium with the University of Arizona in Tempe. The move to Arizona had Bidwill in line to collect more than $17 million a year in ticket revenues and he said the warm climate and the stadium that held more than 73,000 would give the team a chance to be competitive. It was a temporary end to 28 years of pro football in the city of St. Louis. 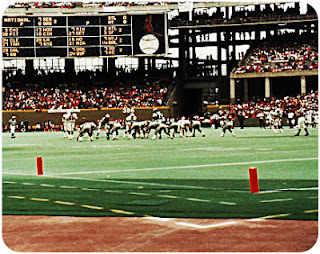 The Cardinals moved from Chicago to St. Louis in 1960. In 1962 Violet Bidwill Wolfner wife of the late Charles Bidwill passed away. Her sons Bill and Charles Jr. took over the team. Within a couple of years Bidwill was threatening to move the team to Atlanta because they had plans to build a new stadium in place while the Cardinals were sharing Sportsman's Park with the baseball Cardinals. The issue was resolved when Busch Stadium opened in downtown St. Louis in 1966.  The team had limited success in their years in the Gateway to the West. In the sixties they had stars like Jim Hart, Sonny Randle, and Larry Wilson make them a competitive team that were fun to watch. While they did string together some winning seasons it wouldn't add up to any playoff appearances in that decade. The seventies brought us stars like Roger Wehrli, Mel Gray, Terry Metcalf, Dan Dierdorf, and more. In 1972 Bill Bidwill took over sole ownership of the team, the next year he brought in Don Coryell as head coach. The "Air Coryell" offense helped lead the team to three consecutive double digit win seasons from 1973 to 1975, those teams earned the nickname "The Cardiac Cards", they always kept you on the edge of your seat. The decade brought the first playoff appearance for the franchise since 1948. Unfortunately for the team they wouldn't have playoff success, as they were knocked out by the Vikings in '74 then the Rams in '75.  In 1977 the team finished with a .500 record, Bidwill let star running back Terry Metcalf go along with several other stars. In the eyes of many the owner was cheap, which ended up running Don Coryell out of town. Coryell took his prolific offense to San Diego where Dan Fouts executed it with great success. The end of the Coryell era started the Bud Wilkinson era which only lasted for two whole seasons.

The teams suffered through notoriously bad drafts and an owner who would not spend what it took to field a competitive team. From 1978 to 1987 the team only finished with a winning record 3 times. Their only playoff appearance came in the strike shortened year of 1982 when they went 5-4, they went onto lose to the Green Bay Packers. On December 13, 1987 the Cardinals played their last home game in St. Louis, it was a 27-24 win over the New York Giants. The 29,623 in attendance witnessed the end of an era in St. Louis. 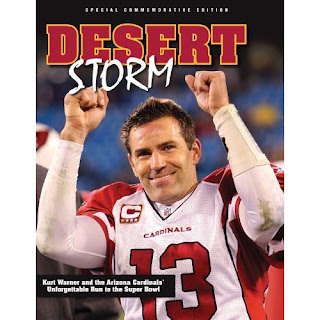 In Arizona the team went through many more years of mismanagement under Bidwill. The fans in Arizona would get their first taste at the playoffs in 1999 when Jake "The Snake" Plummer led the team to a 9-7 record.. The Cardinals lost in the Wild Card round to the Vikings and it would be awhile until they had another postseason opportunity. In 2005, Kurt Warner inked a deal that brought him to Arizona, it wouldn't take Warner long to take Matt Leinhart's job. Warner teamed up with Larry Fitzgerald turned into a lethal combination that led them all the way to the Super Bowl. Even though they lost it looked like a franchise that had been down for so long was finally going to be a competitive team. It wouldn't last. Warner retired following the 2009 season, the team has yet to find a quarterback that can lead the team back to the playoffs. 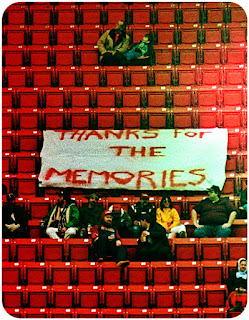 I grew up in St. Louis and I was 10 years old when the football Cardinals left. As a kid I didn't realize how big of an impact it had on the fans, I just always knew that if the name Bill Bidwill came up the conversation wasn't going to be a very nice one. It was a different situation from any other move that has ever happened in the league. When the Colts moved from Baltimore and the Browns from Cleveland people were surprised, in St. Louis people could see it coming from a mile away. It seemed that there was no satisfying the owner, the battle with the local government became so bitter that the fans here knew the end was coming. In 1995, after missing out on a shot at an expansion team Georgia Frontiere moved the Rams from L.A. to St. Louis. By 1999 the Rams brought this city The Lombardi Trophy when they won Super Bowl 34. I would never trade "The Greatest Show On Turf" for what was the St. Louis Football Cardinals. I can see it from both sides of the coin though. One city rejoices as their new team arrives and one city sheds tears as the moving vans roll away. I can always understand when the Rams fans from L.A. say they want their team back or have disdain for the owner that pulled them out of their city, it a tough thing for fans to go through. In St. Louis they have a stadium issue on the horizon with the Rams, as a fan of the team I hope that issue is resolved and they are in this city a long time. When it comes to the Arizona Cardinals, I hope that we see the day when the Bidwill family sell the team. In my opinion they were never good for football and never will be. If they don't I hope for the sake of the Cardinals fans that Bill's son Michael does a better job than his father.

While I was looking for some video involving the move I ran across this, its pretty funny:
http://www.youtube.com/watch?v=3JEf3Fjk7-U

An article from the Chicago Tribune following the announcement:
http://articles.chicagotribune.com/1988-01-16/sports/8803220953_1_william-bidwill-move-billy-bidwill

An article from CBS Sports that will give you a look at how despicable of an owner Bill Bidwill was:
http://www.cbssports.com/columns/story/11306770