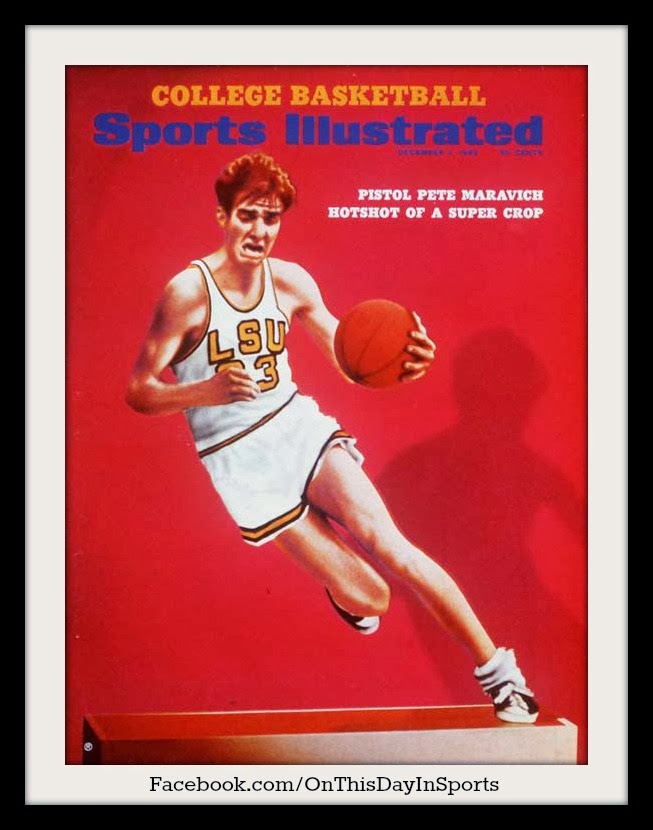 On March 2, 1970, LSU's Pistol Pete Maravich broke former Houston star Elvin Hayes' single season scoring record when he knocked down 55 points in a 97-87 victory over Mississippi State in Starkville, Mississippi. Needing only 7 points to break the record Maravich surpassed it with 9:54 seconds left in the first half with an 18-foot jump shot. Maravich would score 1,381 points before the '69-'70 season came to a close which stands as a record for most points scored in one collegiate basketball season.

Mississippi State led most of the first half before Maravich found his extra gear. Pistol Pete scored  30 of the last 32 LSU points which included 13 straight field goals as he led the Tigers rally . He would play in one more regular season game, then continue the season in the NIT where the Tigers fell to Marquette in the semifinals. This marked the end of one of the finest college careers that has ever taken place in the sport of college basketball as Maravich looked forward to playing ball at the professional level.

Over 11 years in the NBA Maravich scored 15,948 points, grabbed 2,747 rebounds, and dished out 3,563 assists. He was a 5 time All Star who spent time with the Atlanta Hawks, New Orleans/Utah Jazz, then spent one season with the Boston Celtics where he finished his career. The list of accolades for Maravich are long, but none of them are as impressive as the single season scoring record that he obtained on this day so many years ago. In the history of college basketball only 14 players have crossed the 1,000 point threshold. To think about that is truly something when you think about how many kids have played the game. Maravich was something special.

You can view the list here: http://en.wikipedia.org/wiki/List_of_NCAA_Division_I_men's_basketball_season_scoring_leaders
Posted by Wade Forrester at 1:10 AM