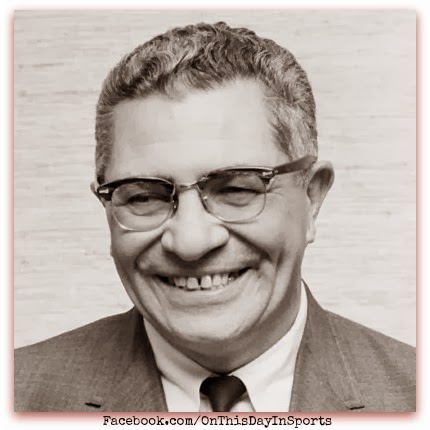 On February 5, 1969, an era in Green Bay Packers football came to an end, as Vince Lombardi was named head coach of the Washington Redskins. The legendary coach had been the guiding force behind the Green Bay Packers since 1959. With him at the helm, the Packers had transformed into a Championship squad, winning 5 titles from 1961 to 1967. After moving to the front office in '68, Lombardi quickly realized that he needed to be on the sideline to be happy. When the Redskins came knocking, the Packers organization held an emergency meeting that gave Lombardi an unconditional release from a contract that was supposed to carry over for the next 5 years. His tenure Green Bay had come to a conclusion, and a new chapter was about to begin in Washington. It was a short chapter in Lombardi's life, but not insignificant. In 1969, the coach guided the Redskins to their first winning season in 14 years by posting a 7-5-2 record. Unfortunately, in the summer of 1970, Lombardi was diagnosed with colon cancer, and by September of that year the disease had taken his life. Forever a legend, Lombardi's one year in Washington laid the groundwork for some of the great Redskins teams of the 1970's.

The Redskins made an offer he couldn't refuse, that included $1 million stock in the organization at half-price, and a salary that was reported to be $110,000 per year. For those within the Packers organization, it was a hard pill to swallow to part ways with the coach, but as we all know there are times that we simply move on. The opportunity for Lombardi to own stock within the Redskins organization was a determining factor in their decision to grant him his realease. When the Packers president Dominic Olejniczak spoke about the decision he said "Stock in football corporations is difficult to obtain, and in all probability this would be the chance of a lifetime for Mr. Lombardi." Lombardi acknowledged that he was sad to leave Green Bay, but was excited to take on the challenge of turning the Packers into a contender.

Lombardi immediately changed the culture in Washington. The players believed in what he was selling and for the first time since 1955 they were winners. While his time in Washington was short, his impact on the players was evident when they heard that he lost his battle with cancer in 1970. Some of these men were moved to tears when they spoke about him, it was a sentiment that was shared by many of his former players in Green Bay as well. Even today, there are many Vince Lombardi quotes that people still look to as a source of inspiration and motivation as his legacy continues to impact lives. I'm going to leave you with one of those quotes that inspires me.

"The difference between a successful person and others is not a lack of  strength, not a lack of knowledge, but rather a lack of will." -Vince Lombardi