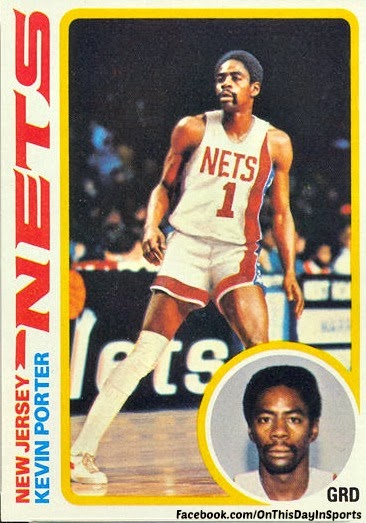 On February 24, 1978, Nets guard Kevin Porter dished out an NBA record 29 assists in a 126-112 win over the Houston Rockets in front of a home crowd in New Jersey. Porter's 29 assist performance bested Bob Cousy's mark of 28 assists in a game that had been set in 1959. Guy Rodgers tied Cousy's record in 1963, then would have to wait 15 years to see the day the record would fall. Porter's record stood for more than a dozen years before Scott Skiles of the Orlando Magic surpassed it with 30 assists in a game in 1990.

Porter learned that it is just as good to give as it is to receive while he marched his way into the record books. Most of the assists went to teammates John Williamson and Bernard King, who scored 39 and 35 points in the victory. With the game well at hand, Porter's 29th assist came with just 33 seconds left in the game when he found Howard Porter who hit a jumper to help the playmaker reach the mark. Porter also contributed 14 points in the game. Porter's 29 assists were more than the entire Rockets team combined as they had 18 total assists on the night.

After being drafted by the Washington Bullets in 1972, Porter developed into one of the best passers in the game. He helped the Bullets reach the Finals in '75, but fell to the Golden State Warriors in a four-game sweep. Following the Finals loss Porter was shipped to Detroit via trade. His time in Detroit was tumultuous, he played well, but injury limited him to a backup role. Midway through his second season with the Pistons  he was traded to the Nets, there he would rise back to the top of his game. He spent just one year with the Nets before returning to Detroit as a free agent. His second go around in the Motor City was much better than his first. Although, it was a one year stint as well, for Porter. In that one year he led the league in assists while having the best year of his career statiscally. When it was all said and done Porter led the league in assists four times ('75,'78,'79,'81), he finished his NBA career where it began in Washington. Porter knocked down 7,345 points and dished out 5,314 assists. He is a great example of how each man on a team is valuable. The man who sets a play up is just as valuable as the man who finishes the play off.

You can check out Porter's career numbers here: http://www.basketball-reference.com/players/p/porteke01.html