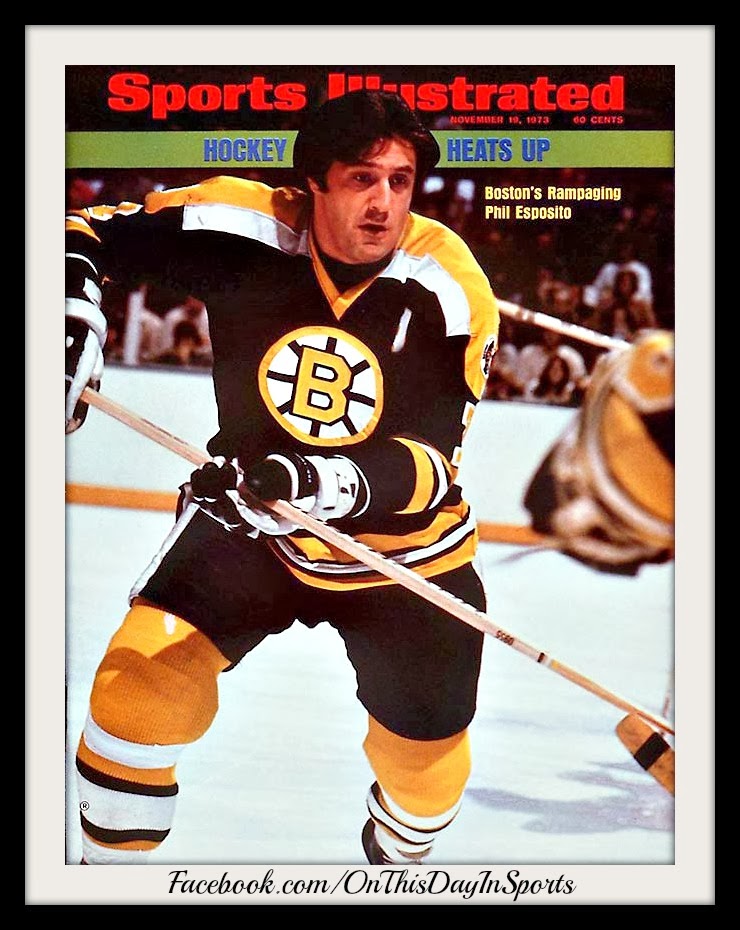 On February 15, 1974, in a 4-2 victory over the Canucks in Vancouver, Phil Esposito of the Boston Bruins recorded his 1,000th career point. Esposito was the tenth player in the history of the league to reach 1,000 points. The 31-year-old Esposito reached the milestone quicker than anyone before him. It came in his 749th game, which had bested Bobby Hull's mark of 909 games to 1,000 points, today that distinction belongs to Wayne Gretzky who reached 1,000 in 424 games. Esposito would score 590 more points before he hung up his skates, and currently sits tenth on the list of all time scorers in NHL history.

Esposito's historic 1,000th point came in the first period when he dished a pass off to Johnny Bucyk who sent the puck flying past Vancouver's goalie. Esposito and company were helped out by two more Garry Sheppard goals to seal the victory. An elated Esposito boasted that he would be mounting the puck in his rec room at home. He would finish the season with 68 goals and 145 points, both totals led the league.

The Hall of Fame career of Phil Esposito spanned 18 seasons, it included 2 Stanley Cup Championships, 10 All Star game appearances, and 5 scoring titles. The list of accomplishments go on and on which is why he is considered a legend of the game. He was inducted into the Hockey Hall of Fame in 1984, insuring that generations to come will know the name Phil Esposito.