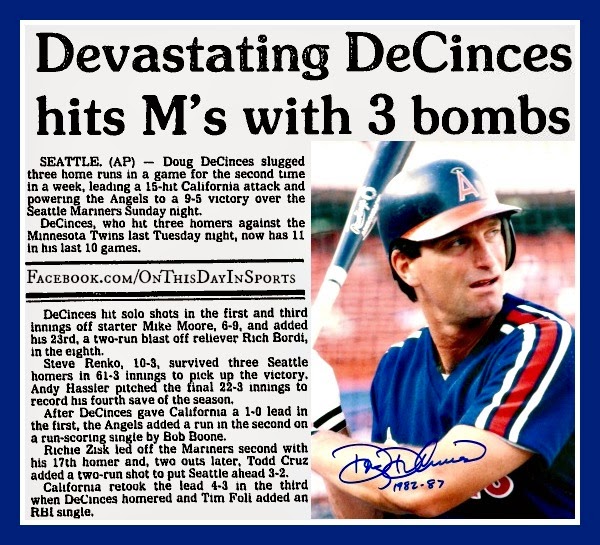 On August 8, 1982, California Angels third baseman Doug DeCinces hit three home runs at the Kingdome in Seattle. The three big blasts helped his squad to a 9-5 victory over the hometown Mariners. It was the second time that week DeCinces put three past the fences, as he belted three against the Minnesota Twins during a 5-4 loss in Anaheim just five days earlier. The game in Seattle had to be that much sweeter since it ended with a W. The two three home run games were the only three home runs games of  DeCinces' 15 year career. He hit 237 over the wall during that time, and that 1982 season proved to be his best, as he finished the campaign with 30 big flies.

Check out the box score here: http://www.baseball-reference.com/boxes/SEA/SEA198208080.shtml
Posted by Wade Forrester at 12:49 AM