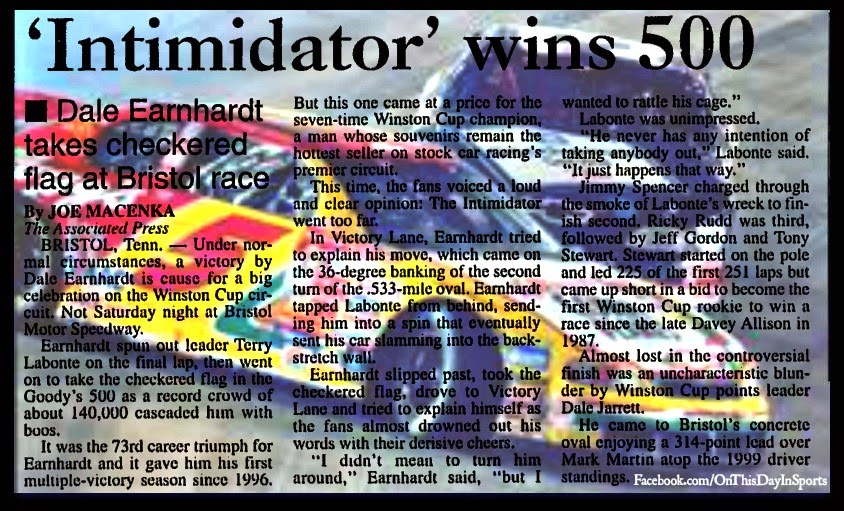 On August 28, 1999, Dale Earnhardt Sr. pushed Terry Labonte out of his way on the last lap of the Goody's Headache Powder 500 at Bristol Motor Speedway to earn what was considered a controversial win. While some fans cheered, many of them began to boo the man who had just claimed his ninth victory at the world famous short track. However, years later it was voted as one of the top moments at Bristol, and looking back at it now, knowing that it was his last win at the track, it almost seems fitting it ended the way it did. After all he was "The Intimidator."

Watch the wild finsish here: https://www.youtube.com/watch?v=Z37MdfrFJyw
Posted by Wade Forrester at 1:00 AM