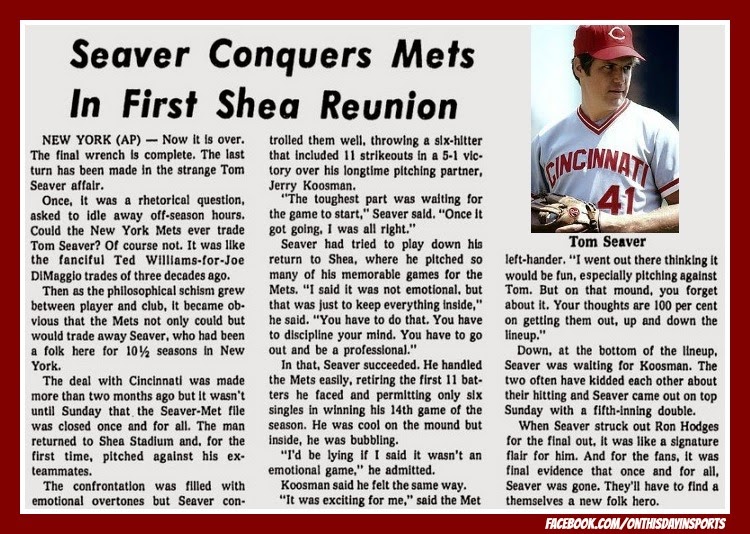 On August 21, 1977, Tom Seaver returned to Shea Stadium in New York for the first time since being traded in mid June of that year. The former Mets ace was wearing the uniform of the Cincinnati Reds. The hurler kept his emotions in check, as he mowed down 11 of his former teammate en route to a 5-1 in front of the crowd of more than 46,000. Seaver not only led the way with his arm, but he also picked up a double in the contest, and scored two runs as well. Seaver had pitched those Mets to 189 regular season wins before the trade. He had also been a part of the "Miracle Mets" of '69, and would  forever be considered to be a hero amongst those who called the Mets their own.

Check out the box score here: http://www.baseball-reference.com/boxes/NYN/NYN197708210.shtml
Posted by Wade Forrester at 3:05 AM