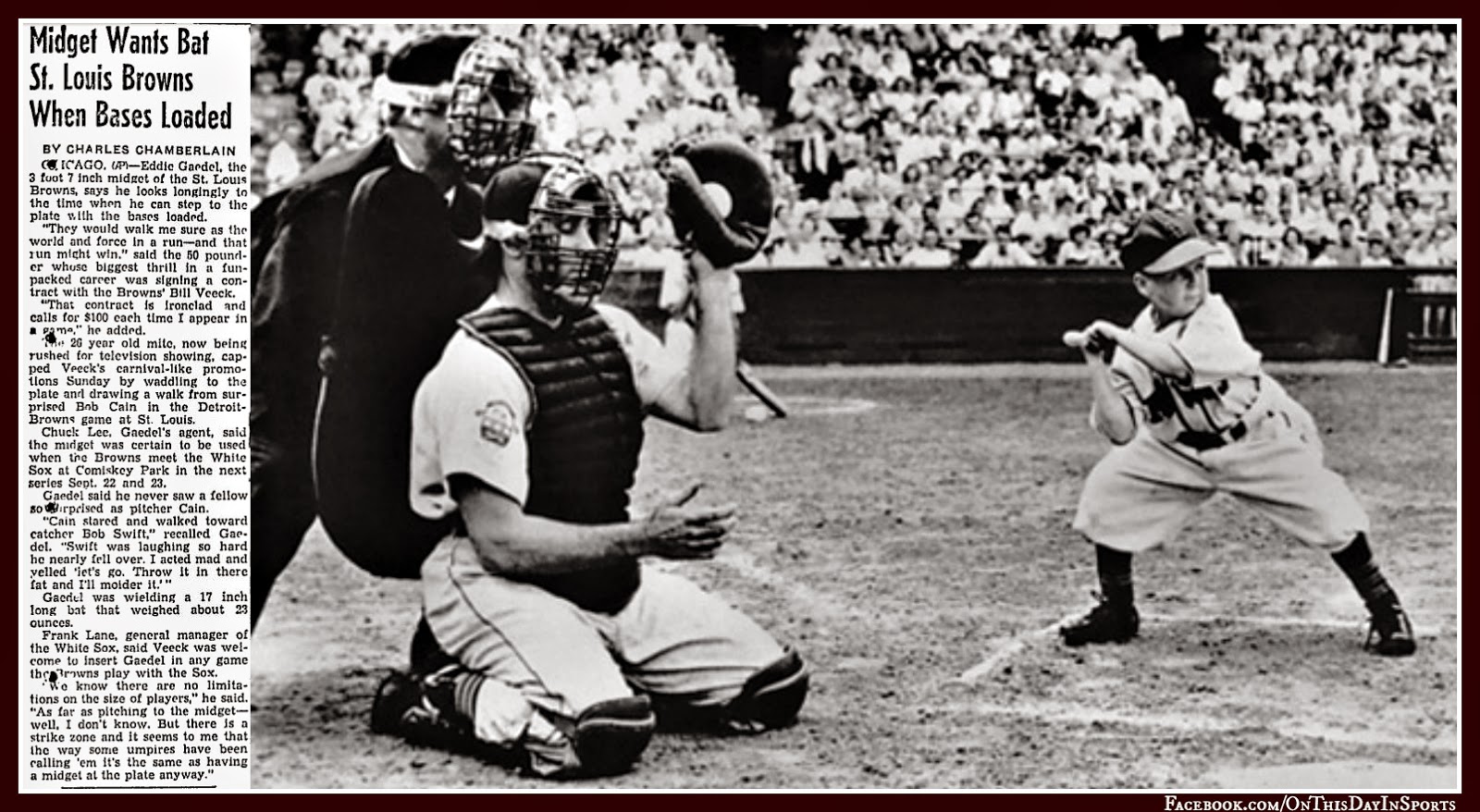 On August 19, 1951, Bill Veeck, the owner of the St. Louis Browns staged one of the greatest publicity stunts in the history of baseball when he signed a 3 foot 7 inch Eddie Gaedel to pinch hit to lead off the second game of a doubleheader against the Detroit Tigers at Sportsman's Park in St. Louis. After the Browns dropped the first game by the score of 5-2, Veeck wheeled a big birthday cake onto the field to commemorate the organization's 50th years in St. Louis. To the delight of the crowd out popped the little man wearing the digits 1/8 on his back. When the little man started to head to the plate to bat, the Tigers catcher Ed Hurley immediately questioned the umpire, before Bill Veeck produced a contract, and the ump chose to let him take the historic at bat. Veeck had instructed Gaedel to crouch as low as he could, so that he could work a walk out of starter Bob Cain. The strategy worked, as Cain sailed four high ones that sent Gaedel trotting to first He was lifted for a pinch runner, and ultimately the Tigers knocked off the Browns 6-2, but the day would be a day that would not be forgotten.

The article I included with the picture was featured in The Florence Times out of Florence, Alabama. It came out just a couple days after the historic game. I got a kick out of how Gaedel talked about dreaming of the day when he could induce a bases loaded walk. The powers that be squashed those dreams citing the best interests of baseball. However, he did appear in other promotional stunts, before passing away in 1961. If you would like to read more about Eddie Gaedel give this a look: http://sabr.org/bioproj/person/fa5574c8

Check out the box score here: http://www.baseball-reference.com/boxes/SLA/SLA195108192.shtml
Posted by Wade Forrester at 2:25 AM