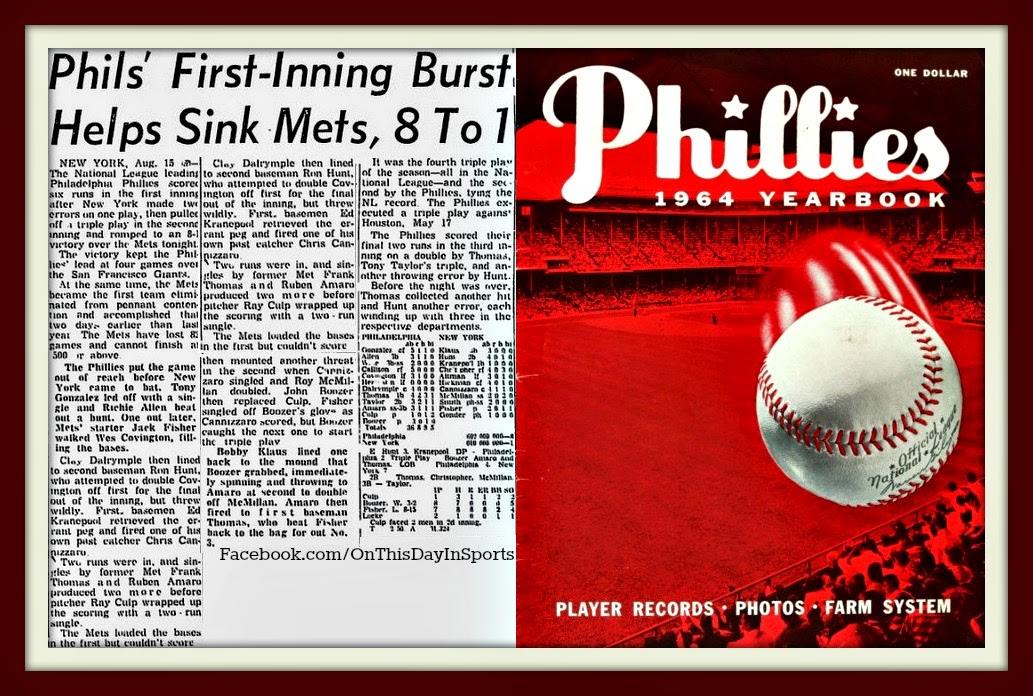 On August 15, 1964, a second inning triple play turned by the Philadelphia Phillies highlighted an 8-1 win over the Mets at Shea Stadium in New York.

The Phillies offense came alive early, and plated six of the eight runs in the first, and looked like they would coast to victory. However, the Mets still had some fight in them, as they loaded the bases in the bottom of the inning, only to fail to score a run. With that said, the Mets were hitting Philly's starter Ray Culp hard. He gave up back-to-back hits to lead off the second, which led to an early hook. The ball was handed to John Boozer who had the misfortune of a ball deflecting off of his glove, which led to the lone Mets run of the day. The next batter up erased the thoughts of that misfortune from Boozer's mind in an instant, as third baseman Bobby Klaus line one right back at him, then he turned, fired to Ruben Amaro at second, who fired to Frank Thomas at third for the spectacular triple killing. The wind had been taken out of the Mets sails, as Boozer did not let them score a run the rest of  the game.

Check out the box score here: http://www.baseball-reference.com/boxes/NYN/NYN196408150.shtml
Posted by Wade Forrester at 2:41 AM