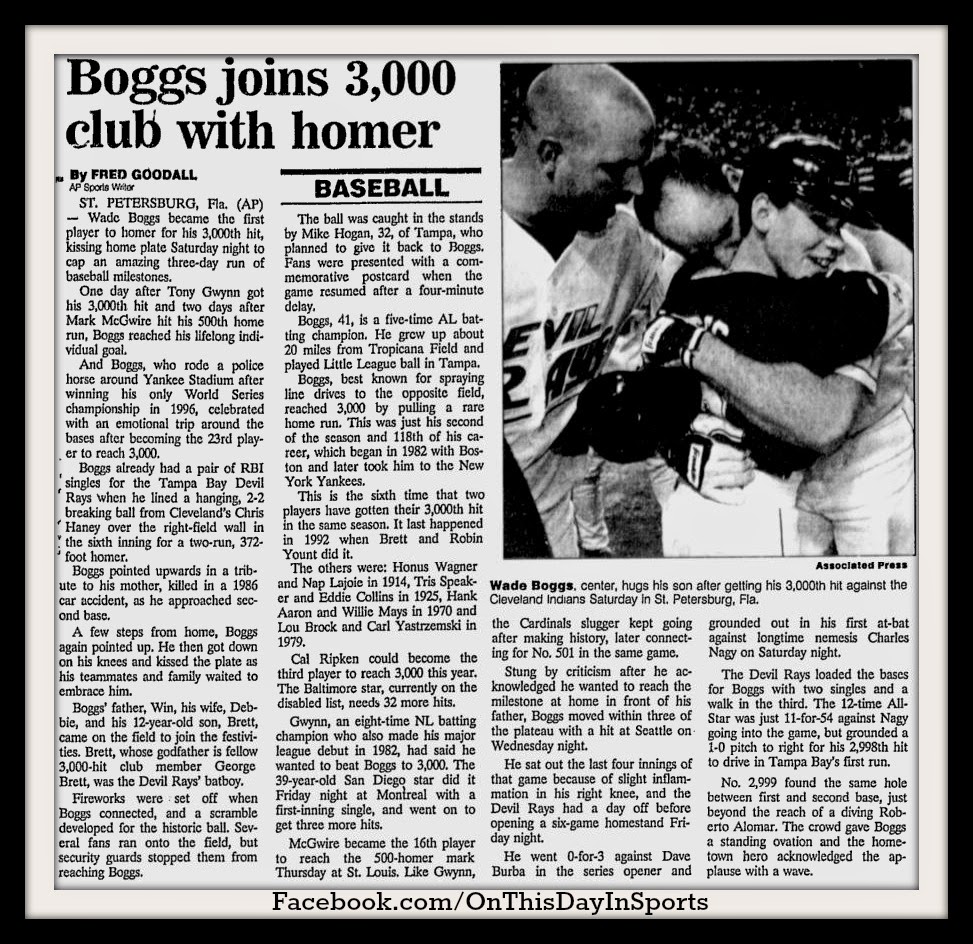 On August 7, 1999, during a game against the Cleveland Indians at Tropicana Field in Tampa, Devil Rays third baseman Wade Boggs became the first player in the history of Major League Baseball to hit a home run for his 3,00th hit. The slugger came into contest three hits shy of the magic number. He singled in the third, and fourth, then stepped to the dish in the sixth and launched a Chris Haney pitch into the stands in right. Boggs celebrated the milestone by pointing to the sky as he rounded second base in tribute to his mother who had been killed in a car accident in 1986. Boggs pointed to the sky once again, fell to his knees and kissed home plate, before celebrating with his teammates and family. It was a magic moment for the 41-year-old. To top it off the fan who caught the ball chose to return it to the legend of the diamond.

Boggs' 3,000th hit came one day after Tony Gwynn achieved the same feat. Another milestone had been achieved that week as well by St. Louis' Mark McGwire who belted the 500th home run of his career. It was quite the week in the ranks of Major League Baseball. Unfortunately for Boggs' crew they lost the contest 15-10, but it did not overshadow his milestone moment. To date, only Derek Jeter has joined Boggs in hitting a home run for his 3,000th hit.

Check out the box score here: http://www.baseball-reference.com/boxes/TBA/TBA199908070.shtml
Posted by Wade Forrester at 3:29 AM