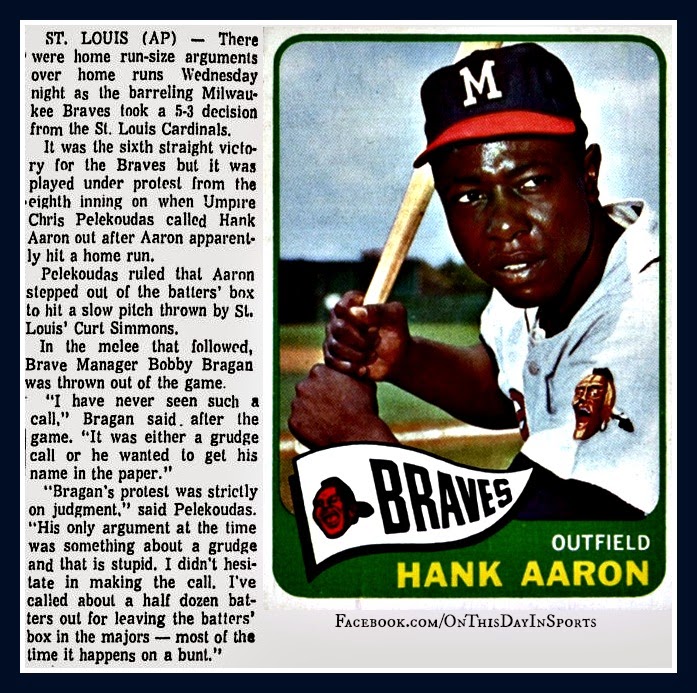 On August 18, 1965, with the score tied 3-3, during the eighth inning of a contest against the Cardinals in St. Louis, Milwaukee Braves slugger Hank Aaron belted an eighth inning home run that landed on the roof of the pavilion in right. However, umpire Chris Pelekoudas called the future Hall of Famer out, saying that he had stepped out of the box before he pounced on the  pitch that was thrown by Curt Simmons. The call sent the Braves skipper Bobby Bragan into an outrage that not only got him ejected from the game, it also led the game to being played under protest. Ultimately the Braves prevailed 5-3 as pinch hitter Don Dillard parked a two run shot in the seats in the ninth, but the home run that never was, was a home run to be remembered. Had it counted the magic number would be 756.

Check out the box score here: http://www.baseball-reference.com/boxes/SLN/SLN196508180.shtml
Posted by Wade Forrester at 1:20 AM