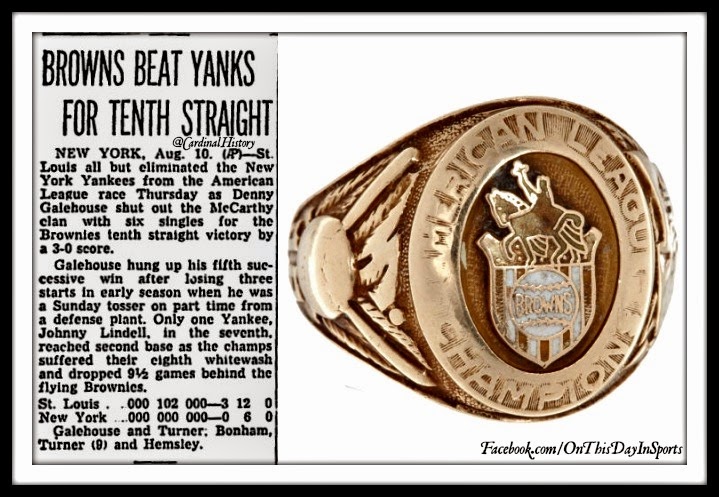 On August 10, 1944, the St. Louis Browns locked down their tenth win in a row when hurler Denny Galehouse allowed just six hits en route to a 3-0 win over the Yankees in New York. The bats of Gene Moore and Tom Turner led the way for the Browns with three hits apiece, while Al Zarilla and the pitcher Galehouse each knocked in a run. The victory was the tenth in a row for the American League squad that called St. Louis home, and it had people start believing that they could truly contend for a pennant, and that they did.

The winning streak was snapped the next time out, and it did prove to be the longest winning streak for the Browns that season, but they did continue to fight until they crossed the finish line in first place. The club would meet their in-town rival St. Louis Cardinals in the Fall Classic, and they would fall to them in six games. While their storybook did not have the ending that those in the Browns clubhouse had hoped for, it did mark their only pennant winning season in the Gateway City. 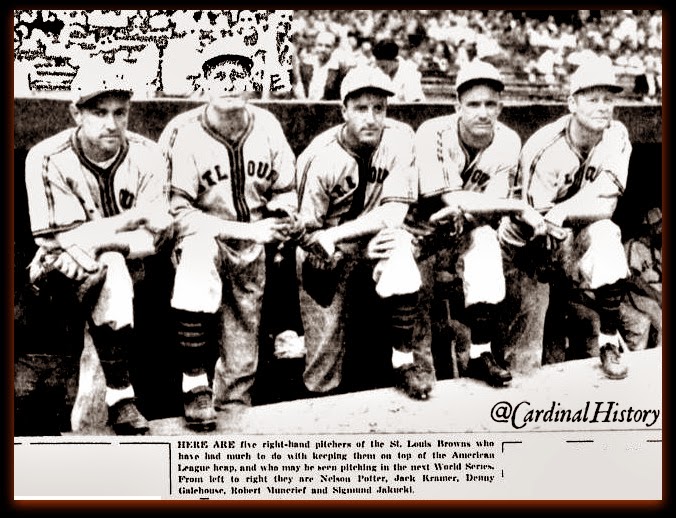 The Browns had been a perennial cellar dweller for many years. 14 times they finished dead last, and 12 times they were one position better in the standings. That '44 season that saw the run to the World Series was a bit of an anomaly. Had they won that Fall Classic the team would be forever celebrated. Since they did not win they are often a forgotten team from baseball's past. There are other reasons that factor into that as well, such as the shift to Baltimore in 1954.

With the Cardinals playing the Orioles this weekend there have been some mentions of that 1944 club, but it seem the Browns past did not make that trip to Baltimore. This is an opinion of course, but I do believe that it was buried because of the futility the franchise suffered for many years. In many ways I understand because they wanted to reform the culture and start new, but as someone who loves sports history I do believe that all years can be celebrated. Even during the bad ones there were great moments that should not be forgotten.

Check out the box score here: http://www.baseball-reference.com/boxes/NYA/NYA194408100.shtml
Posted by Wade Forrester at 1:07 AM