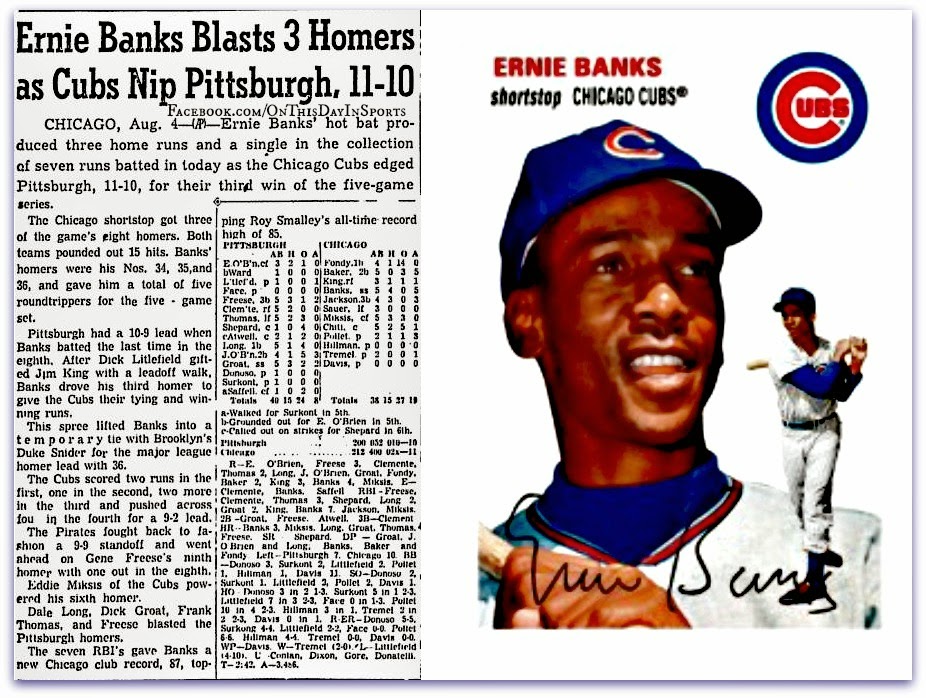 On August 4, 1955, "Mr. Cub" Ernie Banks became the first shortstop in the history of Major League Baseball to hit three home runs in one game. The performance led the way to an 11-10 win over the Pittsburgh Pirates at Wrigley Field in Chicago. The future Hall of Famer's last big blast of the day was a two run shot in the eighth that proved to be a game winner. Banks' first dinger was a two run shot in the first off of Lino Dinoso, his second was a three run shot off of Max Surkont in the fourth, and the game winning blast that came in the eighth was served up by Dick Littlefield. With this game included Banks hit three home runs in a game four times during his career. Only Freddie Patek, Barry Larkin, and Jeff Blauser have joined Banks as shortstops who have went deep three times in one contest.