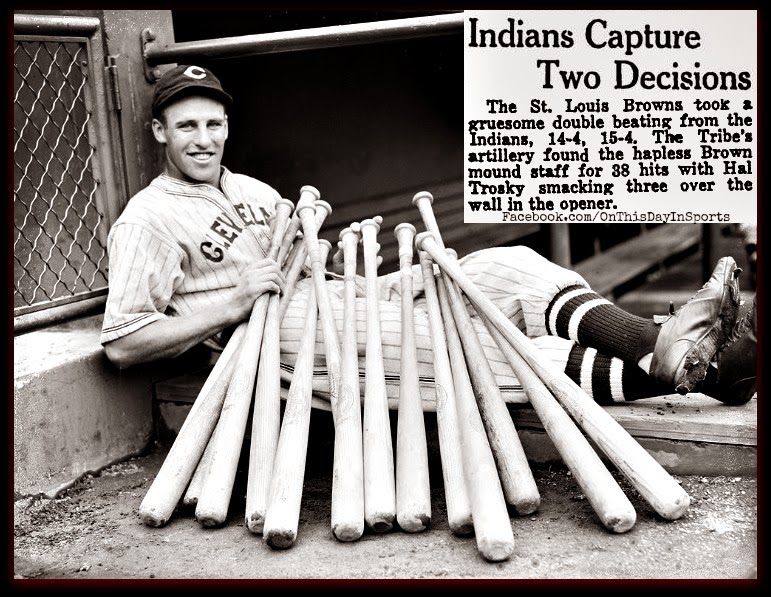 On July 5, 1937, in a first game of a doubleheader at Sportsman's Park in St.Louis, Cleveland Indians first bagger Hal Trosky blasted three home runs in a 14-4 rout of the Browns. The first two came against Oral Hillebrand in fifth and seventh innings, and the third came in the eighth with Sheriff Blake on the bump. Trosky finished the contest with seven ribbies, as he led the way in the 17-hit-attack that the Tribe had unleashed on the cellar dwelling Browns. The Indians rapped out 21 more hits in the second contest, and buried the hometowners, before they jumped on a train that would be headed to Detroit.

Trosky is a player that was overshadowed by many of the great sluggers of his day. With that said, he was one of the best sluggers in the game during the 1930s. You can read more about his life and career here: http://sabr.org/bioproj/person/9a6065ce

Check out the box score here: http://www.baseball-reference.com/boxes/SLA/SLA193707051.shtml
Posted by Wade Forrester at 12:25 AM