July 2, 1963: Marichal and Spahn Battle In a Pitching Duel For the Ages 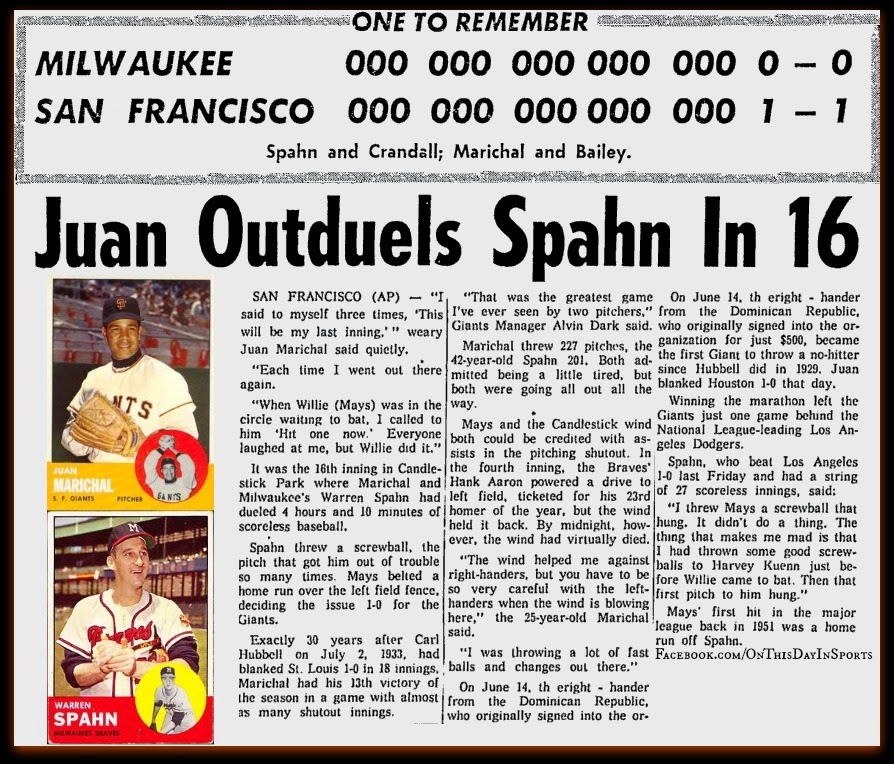 On July 2, 1963, in a battle of future Hall of Famers, San Francisco Giants hurler Juan Marichal outdueled Warren Spahn of the Milwaukee Braves in 16 inning marathon that was put on ice when Willie Mays took a Spahn screwball that failed to screw and put it over the leftfield wall. The two pitchers threw 428 pitches between the two of them, with the 42-year-old Spahn tossing 227, while the 25-year-old Marichal threw 201. Many years later, Marichal said he could close his eyes and still see the shot by Mays fly over the wall four hours and ten minutes after the first pitch was thrown.

The articled in the picture appeared in newspapers all across America the following day. Marichal looked back on the famous game in 2008 with Richard Sandomir of the New York Times. It is an absolute great read: http://www.nytimes.com/2008/07/02/sports/baseball/02nohit.html?_r=0

Check out the box score here: http://www.baseball-reference.com/boxes/SFN/SFN196307020.shtml
Posted by Wade Forrester at 12:12 AM