July 29, 1989: Henderson Steals Five Without Even Getting A Hit 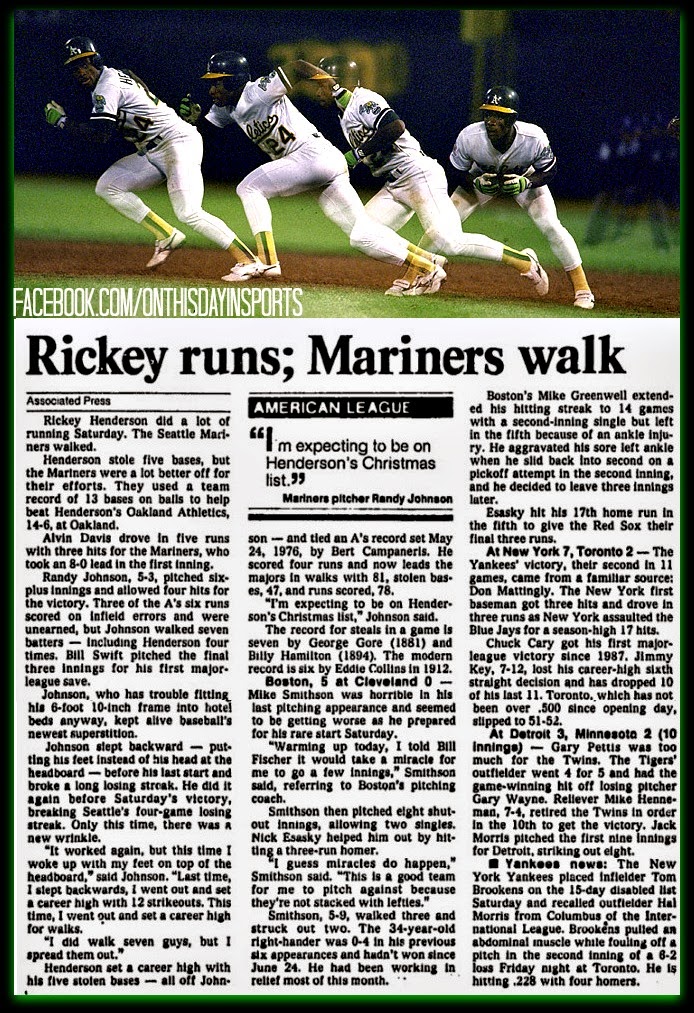 On July 29, 1989, Rickey Henderson stole five bases for the A's in Oakland without the benefit of a hit. Randy Johnson and the Seattle Mariners issued the speedster four free passes, and the speedster made the most of them. Unfortunately for Henderson and his teammates the Mariners received 13 free passes of their own, and won the game 14-6. Henderson started stealing bases in 1979. He broke Lou Brock's modern day single season record of 118 in 1982 when he stole 130, and he ran past Lou Brock's all time record of 938 in 1991, and he kept on running until 2003. He finished his career with 1,406 stolen bases, and to this day he remains the king of thieves.