May 31, 1964: The Mets and Giants Play The Longest Game In National League History 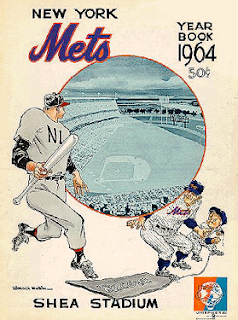 On May 31, 1964, in the second game of a doubleheader at Shea Stadium, the Mets and Giants played the longest game in the history of the National League. It was the first time that an extra innings game would be played at the new stadium in Flushing, New York. The Giants prevailed 8-6 after picking up a pair of runs in the 23rd inning. The game took 7 hours and 23 minutes to decide the winner, which was just a little more than the 2 hours and 29 minutes it took for the Giants to beat the Mets 5-3 in the first game. Del Crandall picked up the game winning ribbie when he knocked in Jim Davenport in the top of the 23rd frame. Gaylord Perry picked up the win after pitching ten innings in relief, then Bob Hendley picked up the save by retiring the Mets batters in order in the bottom half of the 23rd.

If you would like to read a great rundown of the longest game in the history of the National League check this out: http://metwiki.com/wiki/May_31,_1964:_The_23-inning_Nightcap

Here's the box score for this one: http://www.baseball-reference.com/boxes/NYN/NYN196405312.shtml

Posted by Wade Forrester at 7:40 AM