June 8, 1989: Steve Jeltz Becomes The First of The Fightin Phils To Homer From Both Sides of The Plate 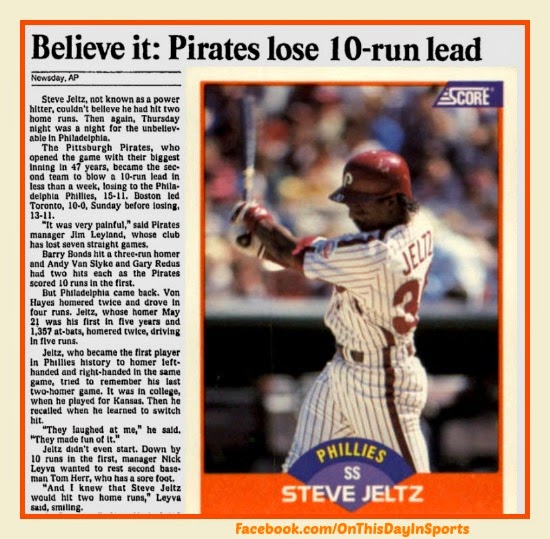 On June 8, 1989, Phillies utility man Steve Jeltz became the first player in the 106 year history of the franchise to hit home runs from both sides of the plate, as he helped his club overcome a first inning 10 run deficit on the way to a 15-11 win over the Pirates at Veterans Stadium in Philadelphia. Two other players have homered from both sides of the plate while wearing a Phillies uniform: Tomas Perez achieved the feat in 2001, and Jimmy Rollins did it twice with the first coming in 2006, and the last coming in 2011. Jeltz hit five home runs total in his 8 years in the bigs, with the two history makers being his third and fourth. His fifth came later that season