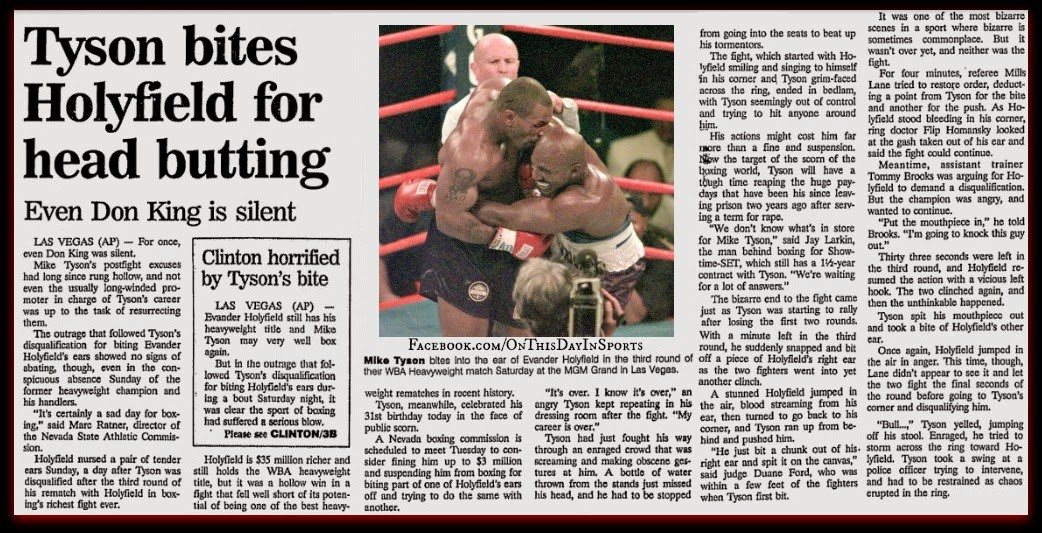 On June 28, 1997, the soft spoken pitbull known as Mike Tyson forgot to eat before his big fight against Evander Holyfield at the MGM Grand in Las Vegas, so he decided to snack on his opponent's ear during the third round of the heavyweight battle. On a serious note, this was perhaps the most infamous moment in the world of sports during the 1990s. Tyson's bite took a chunk out of Holyfield's ear, then crazed pugilist spit it out, as Holyfield immediately reacted as the pain hit him upside the head. While Holyfield's corner argued for a disqualification, the bizarre turn of events the fight continued, although although, it only continued for 33 seconds before the rabid dog bit again. Tyson was disqualified at the end of the round, and he would subsequently lose his boxing license for over a year. As time has moved forward this moment in time has in large part become a joke, but in that moment that the two boxers were standing in the ring, and the one madman decided to use his teeth rather than his gloves no one was laughing.