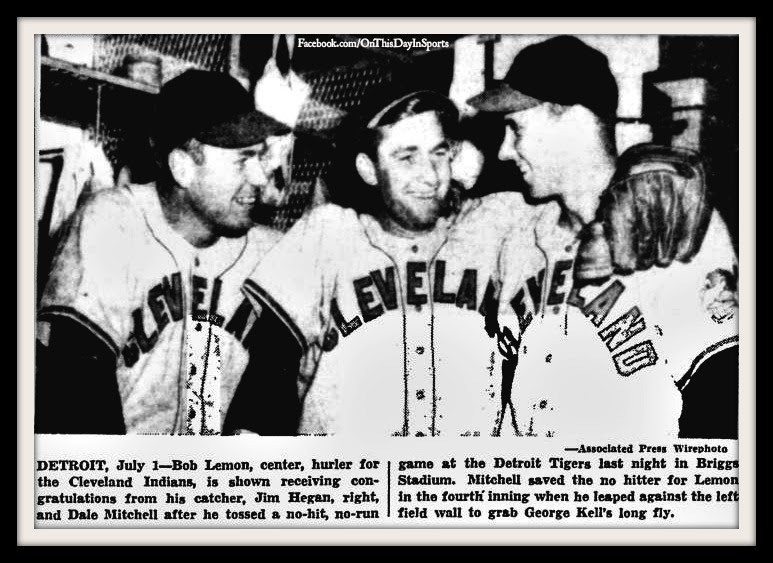 On June 30, 1948, Cleveland Indians hurler Bob Lemon tossed a no-hitter against Detroit Tigers at Briggs Stadium in Detroit. The one time utility man, had made a more than successful transition to pitcher, on the way to becoming one of the best in the game. He had it all working on that night in Detroit, when he watched his club plate two unearned runs in the first, before he marched his way into the history books. Only three Tigers batters reached, all on walks, as Lemon baffled their lineup. When the ninth inning rolled around the crowd of more than 49,000 were pulling for him despite the fact he wore the uniform of the visitor. They would not be disappointed as pinch hitter Vic Wertz rolled one right back to the pitcher for a quick out, Eddie Mayo went down on strikes, and George Kell hit a weak grounder that Lemon fielded, threw to first, and celebrated the no-no. The crowd at Briggs Stadium rushed onto the field in celebration as the newest member of the baseball's no-hit club was rushed off the field.

Stats of a legend: http://www.baseball-reference.com/players/l/lemonbo01.shtml