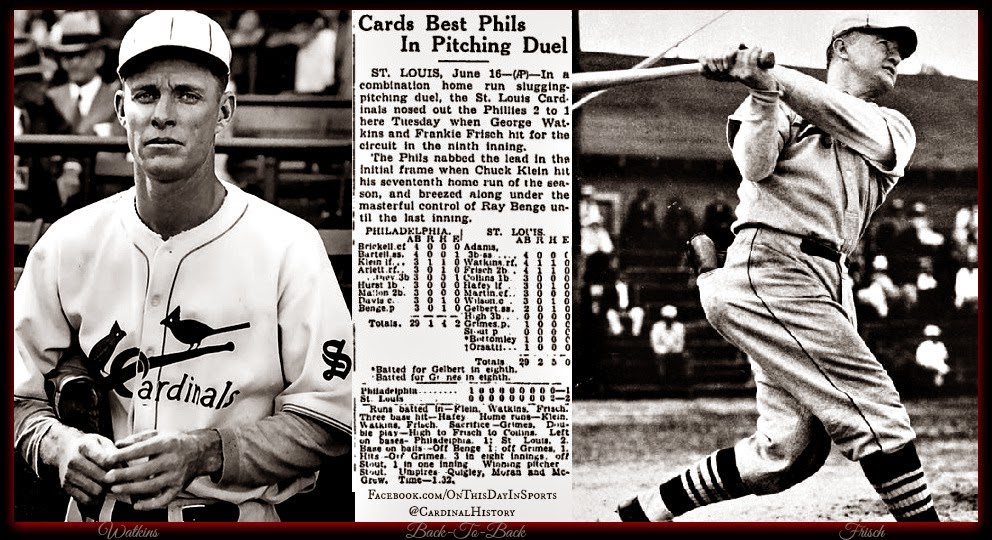 On June 16, 1931, down 1-0, with one out in the bottom of the ninth at Sportsman's Park in St. Louis, George Watkins and Frankie Frisch connected on back-to-back home runs to give the Cardinals a 2-1 victory over the visiting Phillies. The game was a duel from beginning to end, as Burleigh Grimes got the call for the Birds, and surrendered a first inning home run to Chuck Klein before settling in and allowing just two hits after the big blast. On the other side of the diamond Ray Benge had allowed just three hits of his own, until he came into that ninth inning. Benge set Sparky Adams down, before the home run duo of Watkins and Frisch struck like a bolt of lightning to win the game. The win capped off a three game sweep of the Phillies for the club who absolutely dominated the National League, as they won 101 games and headed toward their second World Series Title.