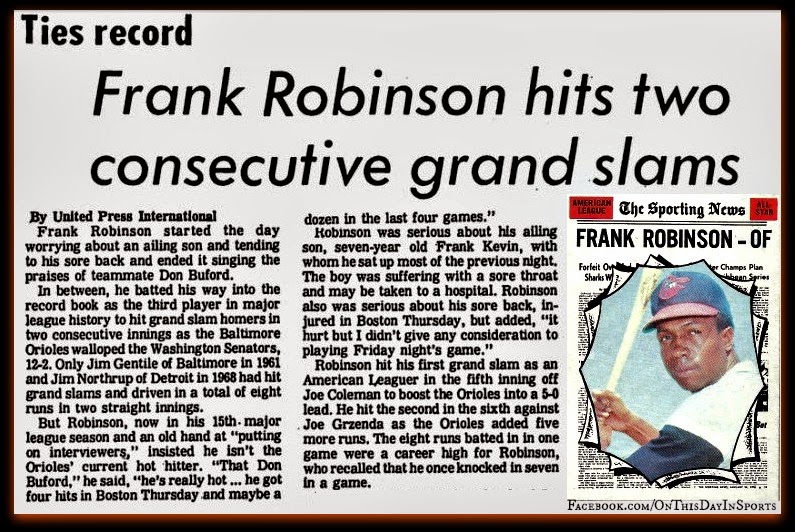 On June 26, 1970, Frank Robinson of the Baltimore Orioles became just the seventh player to hit two grand slams in one game during 12-2 romp of the Senators in Washington. Robinson came into the game with a lot on his mind, as he had a sick 7-year-old son at home, and sore back to boot. However, those two things would not keep the 34-year-old slugger from making history. The first big  blast came in the fifth against Joe Coleman, and the second came in the sixth against Joe Grzenda. He was only the third man to accomplish the feat in consecutive innings. Jim Gentile did it as a member of the Orioles in 1961, and Jim Northrup did it in 1968 as a member of the Tigers. Today, only 13 men have hit two slams in a game, and only one man can boast doing it twice in a single inning, with that being Fernando Tatis who did it as a member of theSt. Louis Cardinals in 1999. Robinson hit 536 home runs during his Hall of Fame career, eight of those were grand slam home runs, and two of those eight came on this day in 1970.