December 30, 1997: Another Milestone For The Great Michael Jordan 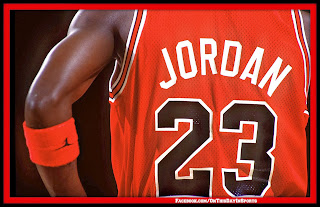 On December 30, 1997, Chicago Bulls legend Michael Jordan surpassed Kareem Abdul-Jabar's record of 787 games played with at least 10 points scored, as he knocked down 33 in a 99-95 loss to the Timberwolves in Minnesota. Jordan surpassed Jabar's record in the first half with a 17 point effort as he led the Bulls to the locker room with his squad ahead 56-47. Unfortunately, on this night that a basketball legend would celebrate another milestone in a career that most can only dream of, he was delivered a note at the half that said there was a phone call that had said his mother had been rushed to a hospital. Jordan came out and lacked focus as he worried about his mom. The call ended up being a hoax, however, it's hard to say after the fact, but with a score that close he might have been able to help lead his team to victory if not for distraction. The person that pulled the hoax off should be ashamed of themselves even today. There is simply a line that should not be crossed when it comes to trying to get under an athlete's skin and that line was definitely crossed that day. The streak would go on hiatus after Jordan "retired" from the game after his championship season in 1998. Three seasons later, he returned to the NBA and extended the streak to 840 games before being held to just 6 in a game against the Indiana Pacers on December 27th of '01, one night earlier he had dropped 28 in what would be the capper on a record that has not since been surpassed.

Posted by Wade Forrester at 1:06 AM