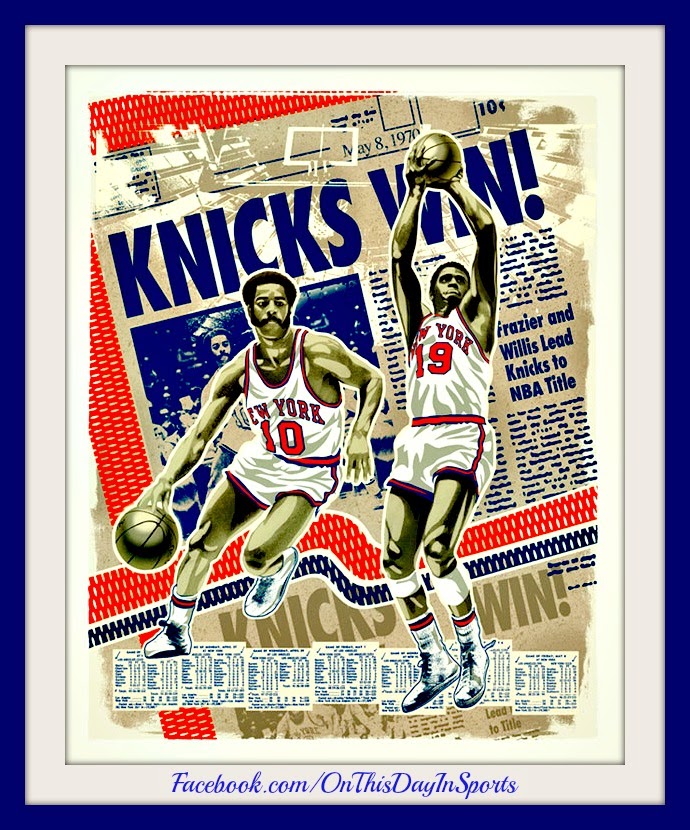 On May 8, 1970, the New York Knicks claimed their first NBA title with a 113-99 victory over the Los Angeles Lakers in seventh game of the hard fought Finals. Willis Reed was an inspirational force in the contest as he had suffered a devastating leg injury in the fifth game of the series. The Knicks won that fifth game, however, the injury looked to be too much for the man who led the Knicks into battle. After missing Game 6 Reed said that "I'll play if I can crawl" it was do or die, and he was not about to sit on the sideline and watch his team have their obituary written. The moment Reed stepped on the court the crowd at Madison Square Garden let him know how much they appreciated him by letting out a thunderous cheer. Reed then made two quick baskets early in the contest, before being held off the scoreboard. While his numbers in the box score did not curtail a great performance, his mere presence was a difference maker. Defensively he was able blanket Wilt Chamberlain enough to hold the star to 21 points. The offensive star of the game for new York was Walt Frazier who knocked down 36 points in the contest that brought the Knickerbockers their first NBA Title.

This is an in depth account of the game and the series:
http://www.nba.com/history/finals/19691970.html

Check out the box score here: http://www.basketball-reference.com/boxscores/197005080NYK.html
Posted by Wade Forrester at 12:51 AM