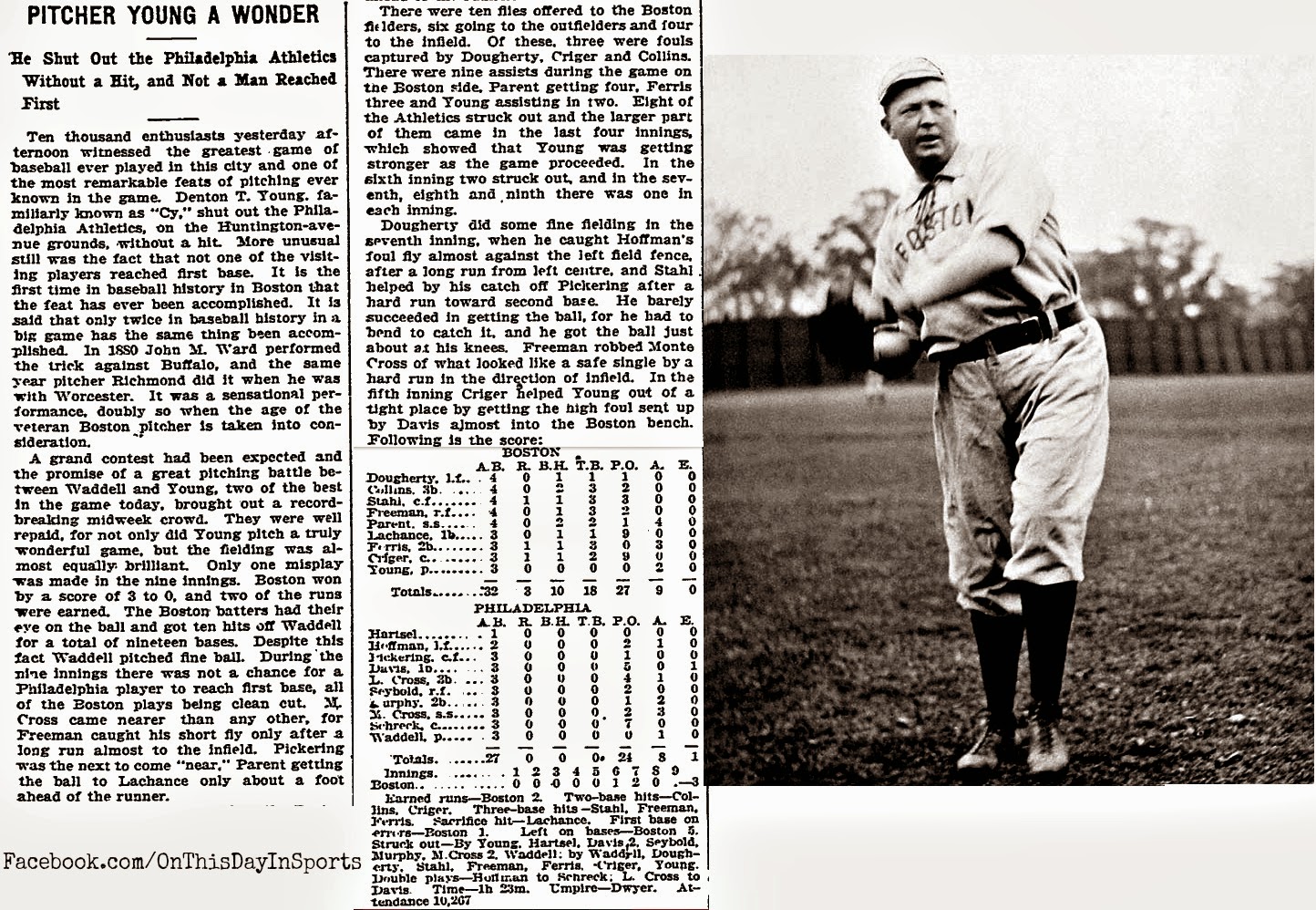 On May 5, 1904, Cy Young watched 27 men come to the plate and set each and every one of them down in succession as he led the Boston Americans to a 1-0 victory over the Philadelphia Athletics at the Huntington Avenue Grounds in Boston. Young battled another future Hall of Famer in Rube Waddell that day who gave up 10 hits, but worked his way around most of them. The perfecto was the first one thrown in the 20th century, and just the third time it had been accomplished in the history of professional baseball. The last time a perfecto had been tossed before Young's historic day was in 1880. It happened twice that year in the period of five days. The first came on June 12, 1880 with Lee Richmond accomplishing the feat for the first time as a member of the Worcester Ruby Legs, and five days later John Montgomery Ward accomplished the feat with the Providence Grays. Both of those men accomplished the feat when the mound was 45 feet from the plate, and the rules were very different than those in which Young played under. Young was the first player to do it from the traditional 60 feet 6 inches. Young's perfecto was the second no-hitter of his career. He threw another no-hitter at the age of 41 in 1908.

The article was printed in the Boston Evening Transcript the following day. They expressed it was the greatest game ever played in their city. There have been many great games played in Boston, and even today this one has to rank near the top of them.
Posted by Wade Forrester at 1:22 AM