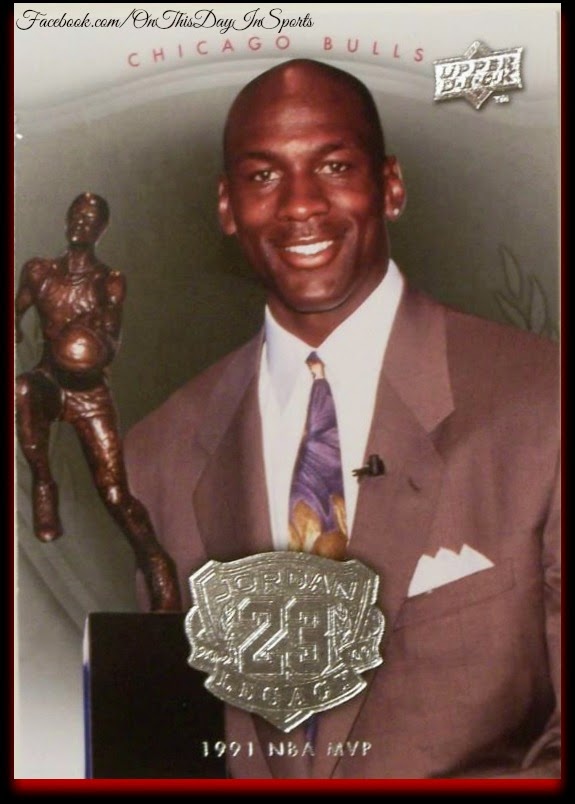 On May 20, 1991, Chicago Bulls legend Michael Jordan took home his second of five MVP awards. The up and coming superstar had claimed the honor for a first time in 1988. The ultimate competitor, Jordan accepted the award graciously, but made it be known that his goal was to win a title. Less than a month after winning this award he did exactly that, by leading the Bulls to a 4-1 series victory over the Los Angeles Lakers in the NBA Finals. Jordan would add five more titles to his resume in what was a legendary career.

You can view his career numbers here: http://www.basketball-reference.com/players/j/jordami01.html
Posted by Wade Forrester at 1:11 AM