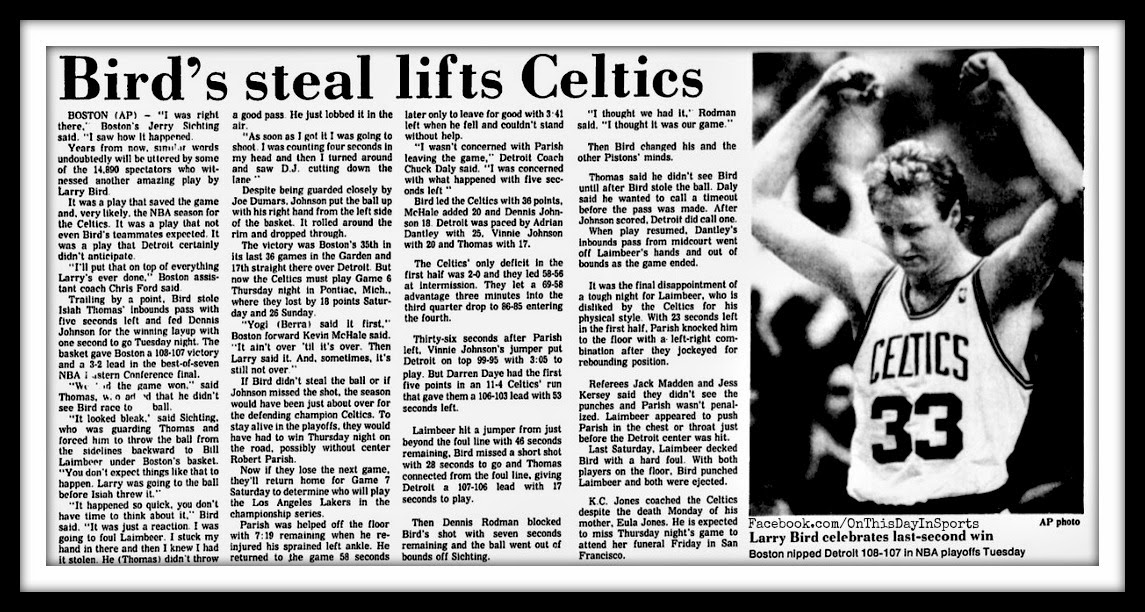 On May 26, 1987, Larry Bird made a play that will never be forgotten in Boston, as he stole an inbounds pass from Detroit's Isiah Thomas, and fed it to his teammate Dennis Johnson who nailed the game winning basket with just one second left on that clock. The spectacular play led the Celtics to an improbable 108-107 win over Pistons. The victory gave the Celtics a 3-2 edge in the series, and after falling 113-105 in Game 6 in Detroit, the Celtics returned home and took the Conference Title by defeating the Pistons 117-114. The run by the Celtics would end in the Finals, as the Lakers took the crown in six games, however, the road traveled to the Finals would be a road that would not be forgotten.

Watch the epic moment here:
https://www.youtube.com/watch?v=VNpJXDPnQTE&feature=kp
Posted by Wade Forrester at 12:34 AM