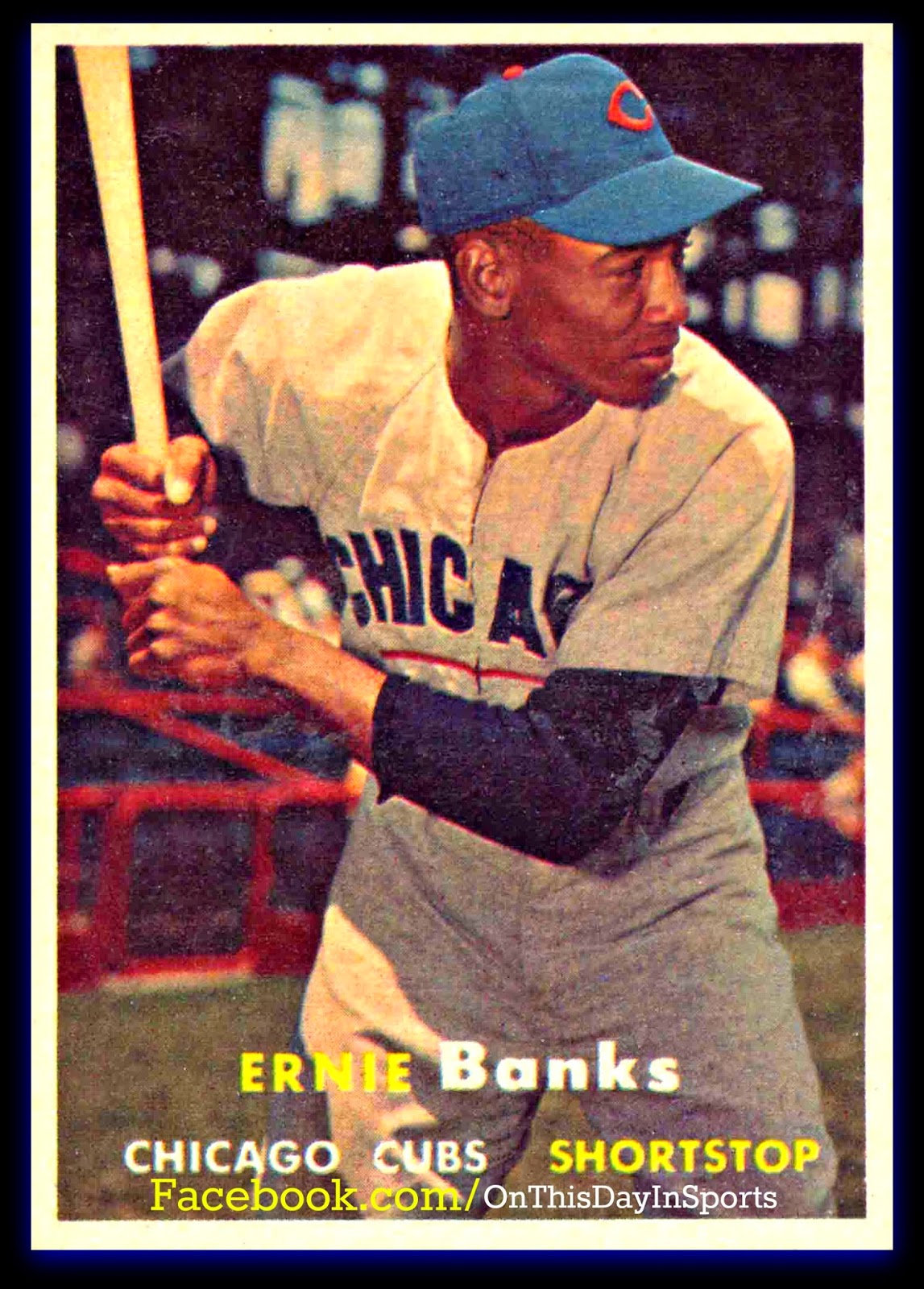 On May 12, 1955, the Cubs snapped the Brooklyn Dodgers 11 game winning streak by handing them a 10-8 defeat at Wrigley Field in Chicago. The game was highlighted by a first inning grand slam off the bat of Mr. Cub himself Ernie Banks. The big blast gave the Cubbies a 5-2 lead, and despite the fact that the Dodgers played a hard nine, they never did lead in this game again.

Banks set a major league record by hitting five grand slams during that '55 season. This game was his first ten other players had hit four in a season which included names like Babe Ruth, Lou Gehrig and Ralph Kiner.  The grand slam that helped beat the Dodgers in Chicago on this day in '55, was the first grand slam of his career, and just the 27th longball that would come off his bat. Banks was just 24 years old and he was well on his way to legendary status. By season's end he had blasted 44 home runs to set the record for most home runs by a shortstop, and that is a mark he topped twice.

Check out the box score here: http://www.baseball-reference.com/boxes/CHN/CHN195505110.shtml
Posted by Wade Forrester at 3:10 AM