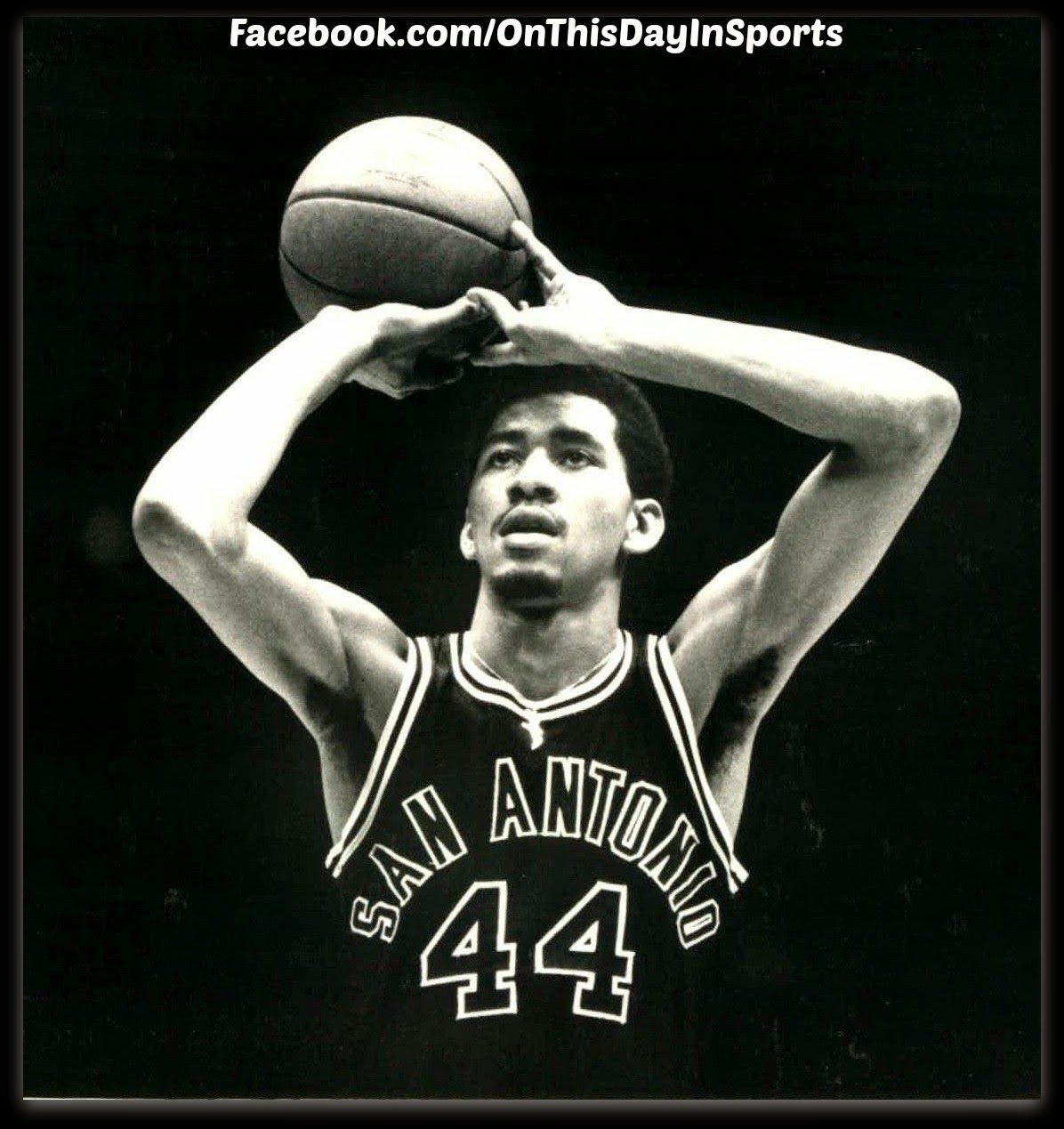 On April 9, 1978, in a 153-132 loss to the Jazz in New Orleans, San Antonio Spurs big man George "The Iceman" Gervin locked down the NBA scoring title with a 63-point-effort on the final day of the season. Gervin came into the game knowing that Denver's David Thompson had drained 73 points earlier that day, and knew that the only way he would obtain the title was to score at least 59 points. Thompson's Nuggets also lost 139-137 to the Pistons in Detroit. With nothing to gain or lose as far as the playoff picture was concerned, both teams  put the focal point on their stars charge to the coveted title, that capped the season off with a classic shootout that decided the closest scoring race ever.

At the time Thompson's 73-point-effort was the third highest total in the history of the league; today it sits sixth. He accomplished it by hitting on 28 of 38 from the floor, and converting on 17 of 20 free throws. Thompson scored 53 points in the first half alone, and looked like he might just have locked down the title. Meanwhile, Gervin's coach had a gameplan that was very similar to the game plan that was used by Denver's coach: Get Gervin the Ball.

Gervin also scored 53 in the first half of his contest; 20 in the first quarter, and another 33 in the second. He, like Thompson was a one man wrecking crew and the ball wasn't done swinging just yet.  Gervin locked down the title by draining his 59th point midway through the third, then knocked down four more points before sitting out the rest of the game. The Spurs coach Doug Moe called Gervin's effort phenomenal and said he he knew that if he would have left him in he would have scored at least 80.

This was the first of four scoring titles for Gervin who forged a Hall of Fame career. Before he arrived in the NBA, Gervin was named to ABA's All Star squad four times, then later was named to the NBA's All Star squad 9 times. During the 1980 All Star game Gervin took home MVP honors. The Ice Man scored a total of 26,595 points before his career came to a close, and 63 of  them came on this day as he grabbed a hold of the NBA scoring title.

Check out the box score: http://www.basketball-reference.com/boxscores/197804090NOJ.html
Posted by Wade Forrester at 3:18 AM