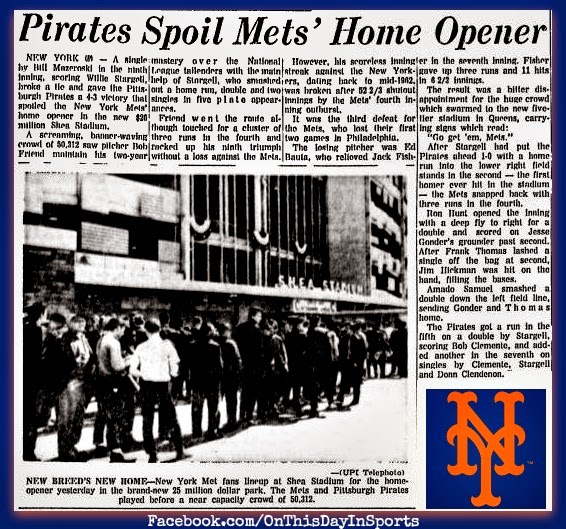 On April 17, 1964, the Mets played their first home game at Shea Stadium. Unfortunately, the crowd of more than 50,000 watched their newly christened Mets fall 4-3 to the Pittsburgh Pirates. Willie Stargell led the Pirates charge by hitting the first home run in the new stadium in the second, then he scored the winning run in the ninth with Bill Mazeroski knocking him in. Despite the loss a new era had begun in New York.

Check out the box score here:
http://www.baseball-reference.com/boxes/NYN/NYN196404170.shtml
Posted by Wade Forrester at 2:35 AM