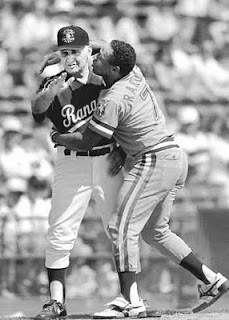 On March 28, 1977, Texas Rangers second baseman Lenny Randle attacked manager Frank Lucchesi before a Spring Training contest in Orlando, Florida. In the days leading up to the attack it had become clear that Randle had lost his starting position to a rookie named Bump Wills. The attack was vicious and by the time it was over Lucchesi had a fractured cheekbone, a concussion, and a busted lip. It would take surgery to repair the cheekbone and criminal charges would follow. His teammates condemned his actions and some of them said they would never play with him again. It was something they wouldn't have to worry about. After he was suspended for 30 days immediately following the attack, the team traded him to the New York Mets before the suspension was over.

Despite his struggles at the plate the year before, Randle felt he deserved the starting position and he let everyone from the media to his teammates know just that. He had even threatened to leave camp, only to be talked out of it by his teammates. When Lucchesi caught wind of Randle's complaints he responded with "It's just too damn bad that somebody stopped him from leaving. I'm tired of these punks saying play me or trade me. Anyone who makes $80,000 a year and gripes and moans all spring is not going to get a tear out of me." With tensions mounting the Rangers were set to play the Minnesota Twins in a spring training exhibition game. About an hour before the game, Randle went to talk to Lucchesi and whatever was said caused Randle to snap and what he did was far over a line that should never be crossed. Lucchesi's injuries left him in the hospital for a week and the team had no choice but to move him as soon as someone would take him off their hands. They practically gave him away. 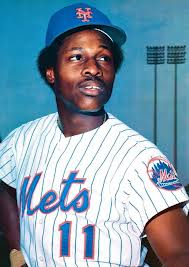 Randle was able to bounce back with the Mets by hitting .304 on the year, it was his last decent season in the majors. He played with the Mets for two seasons, then bounced around a little before hanging up the cleats in 1982. Randle was described as a player who was always smiling and by most accounts he was a good teammate. He just had a moment that caused him to snap, unfortunately for him it probably defined his legacy. Randle's career was really of the up and down variety, he hit over .300 just twice in his 10 years in the bigs. He did have some memorable moments including a huge walkoff homer in the bottom of the 17th inning for the Mets in July of '77. The attack on his former manager would forever overshadow anything he ever did on the field.

Following the attack a warrant was issued for his arrest in the State of Florida, while Randle was able to avoid being prosecuted for a felony he was found guilty of a misdemeanor and was required to pay all of Lucchesi's medical bills. A civil lawsuit followed, in December of 1978, Lucchesi put the issue to bed by settling for an undisclosed amount of money. Lucchesi wished his former player the best and decided to just call it water under the bridge. I'm sure that undisclosed amount of money helped the water flow under that bridge at a much smoother rate.
Posted by Wade Forrester at 12:14 PM