On March 18, 1985, MLB commissioner Pete Ueberroth reinstated Willie Mays and Mickey Mantle after both Hall of Famers were permanently banned from baseball by former commissioner Bowie Kuhn for their affiliation with casinos. 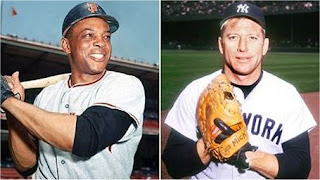 In 1979, Mays took a job with Bally's Park Place Hotel and Casino in Atlantic City, Kuhn forced him to resign as hitting instructor for the Mets as soon as he got wind of his association with the casino. Fast forward four years, Mickey Mantle took a job as the door greeter for the Clardige Casino also based out of Atlantic City, he looked at Mays' suspension as a joke and he needed the money. Kuhn thought it was much more than a joke, he looked at it as protecting the integrity of the game and no player or coach should have any affiliations with casinos. One of the first things Ueberroth did when he took over as commissioner was reinstate the Hall of Famers. Ueberrorth found no fault with Kuhn's ruling and he also believed there was no place in the game for gambling but he made an exception for Mays and Mantle since they meant so much to the game. While Ueberroth reinstated the players they would still not be allowed to work for a casino and a major league club at the same time. 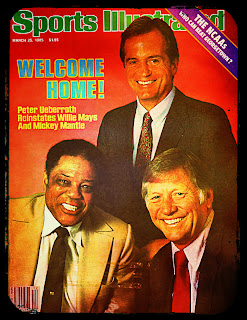 While neither Mays nor Mantle would be allowed to gamble since they were casino employees, Kuhn believed that it could open Pandora's Box and his decision to take the actions he felt necessary didn't sit well with fans at all. Kuhn let it be known that he thought Ueberroth made the wrong decision by reinstating the two former greats. Mays and Mantle both were happy the ban had been lifted.  Mantle called it one of the happiest days of his life, he would say "I tried to act like it didn't bother me, but it did. You don't want to be kicked out of your favorite bar and you don't want to be banned from baseball." Willie Mays was just happy to be allowed back in the game that he loved so much and he expressed his desire to become an ambassador for the sport.

Mantle never did return to the game, he passed away in 1995. A year after the ban was lifted Mays was hired as the Special Assistant to the President of the San Francisco Giants, it is a position he still holds. Mays was able to become one of the most notable ambassadors of the game and Pete Ueberroth had a hand in making that happen. I know it was a controversial move by Kuhn at the time but I can understand the ground he stood on. While I don't think a lifetime ban was the appropriate action, I do think anyone involved with any sports franchise should not be allowed to work at a casino. Ueberroth made the right decision to reinstate both of these legends back into the game they helped revolutionize.