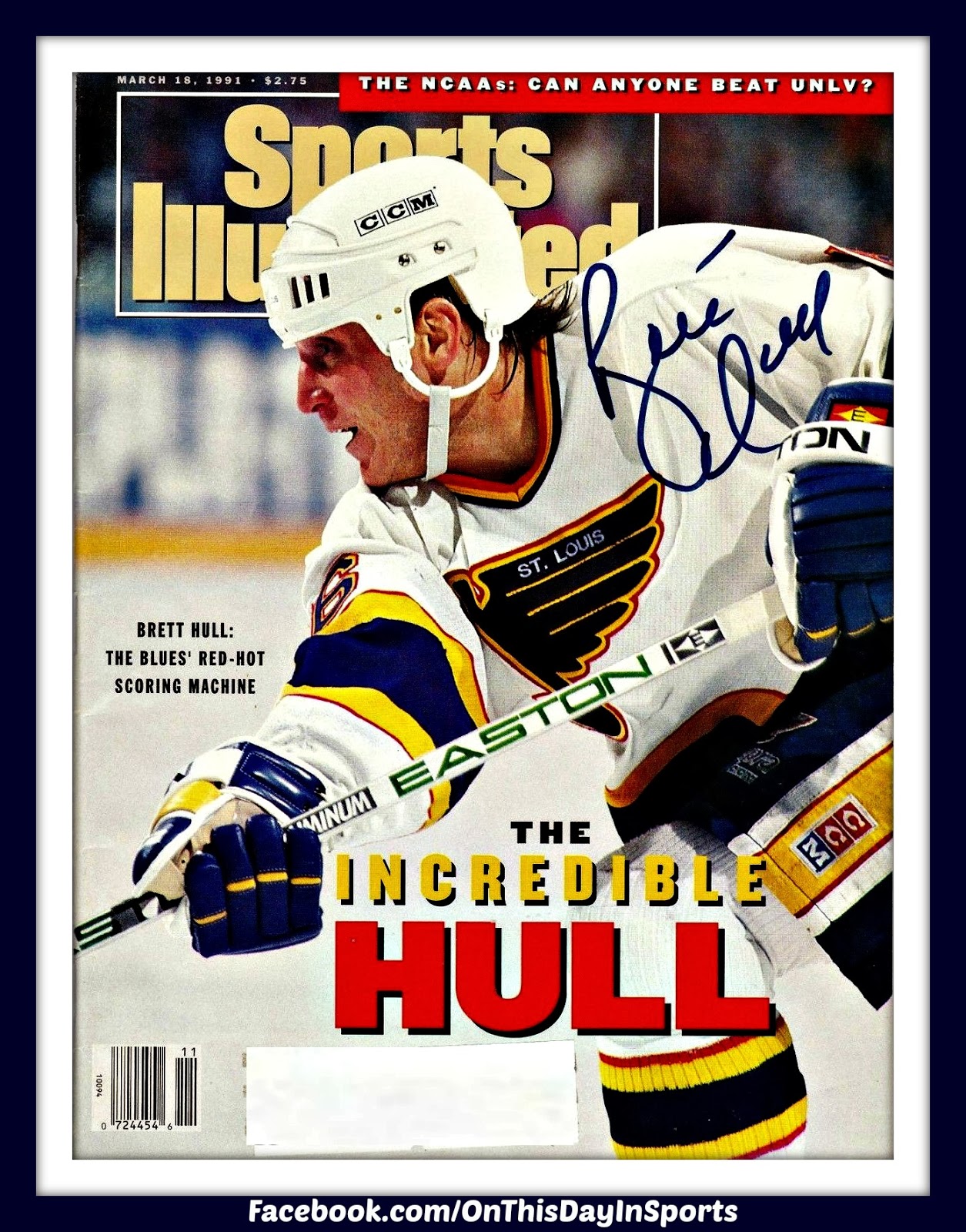 On January 25, 1991, St. Louis Blues right winger Brett Hull became just the fifth player in NHL history to record 50 goals in 50 games. Hull reached the milestone in the Blues 49th game of the season making him the one of only three to accomplish the feat in less than 50 games. The milestone came in Detroit with a two goal and two assist performance in a 9-4 victory over the Red Wings. The "Golden Brett" joined the likes of Rocket Richard, Mike Bossy, Mario Lemieux and Wayne Gretzky on the elite list of men who accomplished the feat of 50 goals in 50 games.

The game was all Blues. Late in the second period, Hull extended an already insurmountable lead when he blasted the puck past Tim Cheveldae, giving the Blues a 7-2 lead. The head coach of the Red Wings, Bryan Murray made a change between the pipes after the second period ended. The Wings veteran goalie Glen Hanlon had recently suffered an injury and a 23 year old kid by the name of Dave Gagnon had his number called. Gagnon was making his NHL debut, he would only play in two games at the professional level and might best be remembered as a trivia question answer as to who Hull scored his 50th goal against in 1991.


The third started with success for Gagnon as he turned away his first shot but the success did not last long. Just 90 seconds into the period the second shot came off the stick of Hull and wound up in the back of the net. It was a slap shot from the slot that had been assisted by Adam Oates. Brett Hull was now a member of the 50 in 50 club. He said "This is the most exciting thing to ever happen to me." He knew he had a long career ahead of him and had hopes of championships and more but being on that list of men was a great accomplishment that he would be sure to remember. 25 years earlier his father Bobby came so close to being amongst those men as well. He had scored his 50th goal for the Blackhawks in his 52nd game of the '65-'66 campaign. Hull knew how great of an accomplishment it was and gutted through an ankle injury to be on the ice. The ankle injury was serious enough out keep him out of the All Star game and the next night the Blues took on the Wings in St. Louis and he had to leave the game early because of it, but not before he added a two more goals in a game that would take overtime for the Blues to win by the score of 5-4.

Hull finished that '90-'91 season with a career high 86 goals. One year later he accomplished 50 goals in 50 games for a second time. Only Lemieux and Gretzky could boast such a feat and only Gretzky could lay claim to three 50 in 50 seasons. No player since Hull has joined the elite list, it will only be a matter of time until a player does and I hope it means as much to him as it meant to Hull and those that came before him.

Posted by Wade Forrester at 2:51 AM