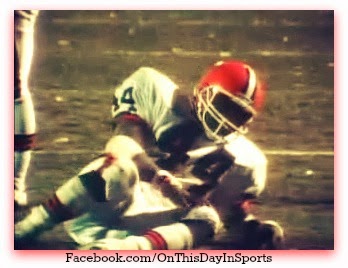 On January 17, 1988, down 38-31 in front of 76,197 screaming fans at Mile High Stadium in Denver Colorado, Earnest Byner of the Cleveland Browns fumbled the ball at the 2 yard line with just a one minute and twelve seconds left to go in the contest essentially ending the dreams of a trip to Super Bowl XXII. The man who forced the fumble, Jeremiah Castille picked the rock up at the three. After the Broncos milked the clock down punter Mike Horan ran out of the back of the endzone giving the Browns the intentional safety with just 8 seconds to go, leading to a 38-33 Broncos victory. While the game will be remembered for the infamous fumble Byner had one helluva day in that shootout in Denver as he had caught 7 passes for 120 yards, ran for another 67, and scored a pair of touchdowns.

While the ending will be remembered much more than the beginning, a variety of miscues put the Browns in a hole early that would be hard for even the greatest team to recover from. The first 14 points of the game had Denver capitalizing on turnovers. The first started with Browns return man Gerald McNeil being tackled at his own 12 yard line then moments later Kosar threw a pick that landed in the waiting arms of  linebacker Freddie Mitchell. It took no time for Elway to capitalize on the pick as he found Ricky Nattiel on a 8 yard strike to give the Broncos the early lead. On the ensuing drive Cleveland's fullback Kevin Mack fumbled the ball then watched Denver's Gene Lang rattle off a 42 yard run on the next play that put the Broncos in a first and goal situation. It looked like the Browns had made a successful goal line stand when Elway was forced to throw it away on a 3rd and short but a penalty against the Browns gave them new life and put the ball at the 1. Running back Steve Sewell  finished it off and extended the lead to 14-0. 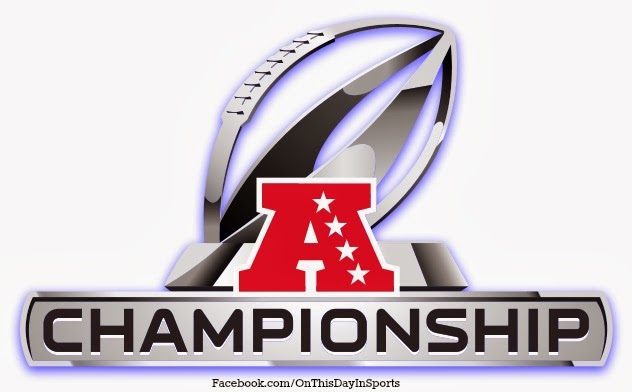 On the next drive Kosar and his crew looked to right the ship, there was still a lot of time to recover from the misfortune that turnovers brought and each of those players on the field knew it. Kosar hit key passes as he walked the Browns down the field including a 19 yard pass to Clarence Weathers on a 3rd and 17 to keep the drive alive. However, the drive did stall and with two minutes on the clock they had to settle for a Matt Bahr field goal to narrow the margin to 14-3. It looked like the momentum had shifted toward Cleveland until Denver's offense went back to work and moved the ball 80 yards quickly with Lang punching it in from the 1. That gave them a 21-3 edge which would stand as the teams headed to the locker rooms at the half.

When the teams returned to work in the second half a turnaround began for the Browns. This time it would be them capitalizing on a miscue as defensive back Felix Wright picked Elway off just four plays into the half. Moments later Kosar found Reggie Langhorne on a 18 yard catch and score to narrow the gap to 21-10 then Elway tried to remove the wind  from the sails by unloading an 80 yard bomb to Mark Jackson that gave them those points right back. Down 28-10 some teams might have been already planning their vacations but not that team from Cleveland. They would no go down without a fight.

The Cleveland comeback began to mount with a pair of touchdowns by Byner. The first, a 32 yard pass from Kosar and the second a 4 yard rush that suddenly narrowed the lead to 28-24. Before the third quarter came to a close Denver's kicker Rich Karlis gave them a little breathing room by tacking on a field goal from 38 yards out that pushed the score to 31-28. While some breathing room was granted there was still a full quarter to play and now was not the time to breathe.

The Cleveland team that refused to go away finally did knot things up at 31-31 with a little more than 10 minutes left to play in the fourth. The game tying drive engineered by Kosar saw him move the ball 87 yards before finding Webster Slaughter in the endzone on a four yard touchdown pass. The game had instant classic written all over it at that point and more was on the way. The winning drive for Denver covered 75 yards in 5 plays. The drive included two long catches by Nattiel, then with 4:01 left on the clock Sammy Winder caught the go ahead score. it was a 20 yard strike from Elway and it would punch a ticket to the Super Bowl after the Broncos withstood the drive that looked like would surely push the game into overtime. 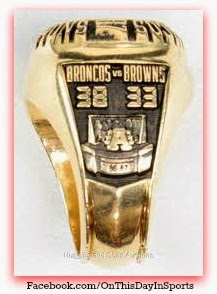 With their backs against the wall much like it had been through the entire contest the Browns went back to work. They took over on their own 25 and Byner led the charge with a 16 yard run, then another two yard dash. Kosar found wideout Brian Brennan for big gains and the legs of Byner combined with a crucial penalty moved the ball to the 8 with 72 seconds remaining in regulation. The next play will never be forgotten as Byner put the ball on the turf with Denver recovering. For one team and a city it spelled heartbreak, for another it spelled Super Bowl which is where the Broncos were headed.

While the game is most remembered for that one fumble each of Byner's teammates did not look to him as the proverbial scapegoat. They knew that the earlier penalties had cost them dearly and without the efforts of Byner himself they would not had even had a chance to win that game. He had teammate after teammate come over to him in the locker room and express those feelings and at the end of the day he knew he gave all he had to bring the Browns a victory. It just wasn't in the cards.

It was the second consecutive appearance in the Super Bowl for the Broncos but their luck ran out there with the Redskins beating them 42-10.