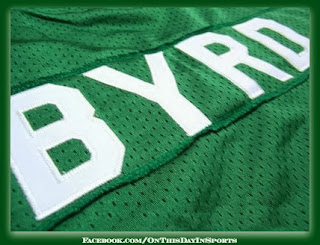 On November 29, 1992, New York Jets defensive end Dennis Byrd was paralyzed after colliding with his teammate Scott Mesereau as they pursued Kansas City Chiefs quarterback Dave Krieg. The play was just another play in a football game, the Jets came with a rush, and Krieg stepped up to avoid it. It was during the third quarter when it all happened, as Krieg stepped up the two players collided violently with Byrd's helmet going squarely into the chest Mesereau resulting in a break in the vertebrae of  the 26 year old. After an exhausting physical therapy Byrd was able to learn to walk again. However, his life would be changed forever. He was in his fourth year in the NFL and was showing that he deserved to be there. The same day he was injured he had recorded the 28th sack of his career, he had 110 tackles under his belt as well and at the age of 26 you would think the best was yet to come. In one moment everything changed. That moment might have ended a promising young career, but it did not end Byrd's impact on people or the game. Less than a year later he would serve as an honorary captain and he walked to the middle of the field for the coin toss. He simply became an inspiration for those that suffer debilitating injuries and for that matter for anyone that realizes you just can't give up when life deals you a bad hand. Following the injury Byrd's #90 was unofficially retired, the Jets organization chose to make it official in 2012 and no man will ever wear that number again as a member of the New York Jets. Before a playoff game in 2011 Byrd sent the head coach of the team Rex Ryan the jersey that had been cut off if his body that fateful day, the coach was so inspired by the gesture that he he asked him to speak to the team before they played the Patriots. They would win that game by the score of 28-21 and punch a ticket to the AFC Championship game. I remember watching this game quite well. In all of my years watching sports I can't remember a game that was as devastating as this one. I was just a 15 year old Chiefs fan when it happened. I do believe that no matter who you have rooting interest in that nobody in their right mind wants to see a player seriously injured. After all sports are all about greatness and accomplishment. Unfortunately, injuries are a part of all sports as well. In the end, the story of Dennis Byrd is truly a story of inspiration. He did not let bad fortune defeat him.

You can watch the play here: https://www.youtube.com/watch?v=JEmK7eMRcAM