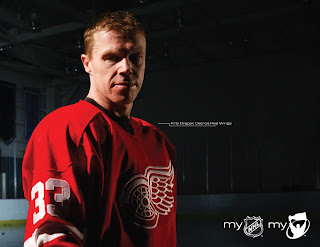 On June 30, 1993, the Winnipeg Jets shipped Kris Draper to the Detroit Red Wings for future considerations, the future considerations turned out out be $1.  It proved to a be a dollar well spent for the Red Wings organization as Draper spent the next 17 seasons in the Motor City and was an integral part of four championship teams. The first championship came in 1997 as the Red Wings brought a 42 year drought to an end with a 4 game sweep over the Philadelphia Flyers. He would go onto win the Stanley Cup in 1998, 2002, and in 2008. In 2004, after he had his best offensive year of his career, he was recognized as the best defensive forward in the game by being awarded the Frank J. Selke Trophy. In 2009, Draper joined Gordie Howe, Alex Delvecchio, Steve Yzerman, and  Niklas Lidstom  as the only players to wear a Red Wings uniform in 1,000 games. After retiring in 2011, Draper took on a front office position with the Red Wings, they definitely got a decent return on their initial investment.

Posted by Wade Forrester at 2:00 AM