June 25, 1937: Augie Galan The First National League Player To Hit a Bomb From Both Sides of The Plate 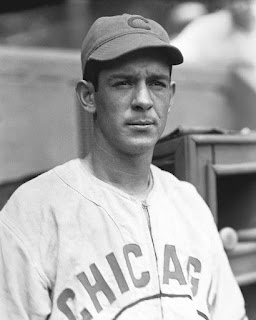 On June 25, 1937, Augie Galan of the Chicago Cubs became the first player in the history of the National League to hit a home run from both sides of the plate. Galan's pair of bombs helped lift the Cubbies to an 11-2 victory over the Dodgers at Wrigley. The feat had only been accomplished one other time by Wally Schang of the Philadelphia A's who did it in September of 1916. Galan, a .287 career hitter, hit 100 home runs in his 16 year career, those two in 1937 earned him a spot in the history books that will stand the test of time.

Check out the box score: http://www.baseball-reference.com/boxes/CHN/CHN193706250.shtml
Posted by Wade Forrester at 12:42 AM