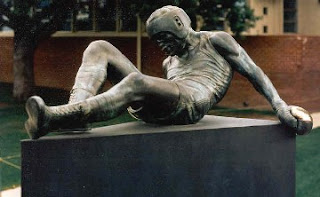 On March 14, 1980, 14 boxers and 8 staff members of the United States boxing team were killed when the plane they were riding in crashed while trying to land in Warsaw, Poland. The tragic event also took the lives of  the 65 other people on board. The athletes on board never got the chance to make their mark in sports as their lives ended way too early.

The flight originated in New York, the boxers were headed to Poland to participate in a televised event while they were preparing for the upcoming Olympic trials. The United States would later boycott 1980 Summer Olympics due to Russia's invasion of Afghanistan, the games were to be held in Moscow. The plane experienced a mechanical issue with the landing gear upon the first approach to the airport, the pilots tried a special procedure in their second attempt at landing to account for the faulty landing gear. The procedure caused a sudden thrust in power which caused an engine to break apart, which in turn severed the rudder and elevator control lines, the components controlled the direction and the altitude of the plane. A half mile from the airport, the plane crashed into an army base that had been a 19th century fortress, it was surrounded by a moat that was full of debris and wreckage. It was a horrific scene and 87 lives were gone in the blink of an eye.

The team was led by their coach Tom "Sarge" Jackson, he helped coach the 1976 boxing squad to 5 gold medals and was prepared to bring this team the same glory. Most of the boxers were in their late teens or early twenties, they had their whole lives ahead of them, then a cruel twist of fate took it all away. 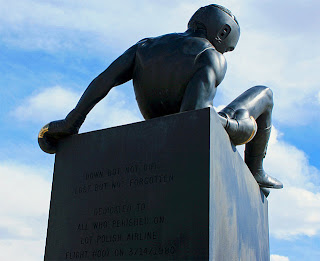 They were just a bunch of kids pursuing their life long dreams, unfortunately those dreams were cut short. In 1984, a statue was erected outside of the Olympic training facilities in Colorado Springs, Colorado, it was dedicated to all those who lost their lives that day. The words "Down But Not Out... Gone But Not Forgotten" are inscribed on the statue which is followed by the list of those who were lost. The list is as follows: Kelvin D. Anderson, Elliott Chavis, Gary Tyrone Clayton, Walter Harris, Byron Lindsay, Andrea McCoy, Paul Palomino, Byron Payton, George Pimental, Chuck Robinson, David Rodriguez, Lemuel Steeples, Jerome Stewart, Lonnie Young, Joseph F. Bland, Colonel Bernard Callahan, John Radison, Junior Robles, Dr. Ray Wesson, Delores Wesson, and the coach Thomas "Sarge" Johnson. The statue stands as a reminder of those lives who were lost and the dedication they showed to their country. 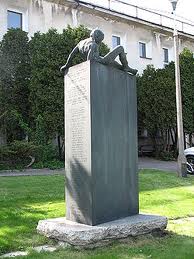 Several boxers missed the flight for one reason or another. Joe Frazier's son Marvis was supposed to be on board but his dad had a fear of flying and kept him from going. If it was up to Marvis he would have been on that flight, luckily for him his old man intervened. Jimmy Clark missed his connecting flight in New York and  Dennis Armstrong's ticket was lost in the mail, finally Bobby Czyz was scheduled to go with the team before he suffered minor injuries in a car accident just days before the flight. Several other boxers missed the flight for various reasons, those reasons saved their lives. It was shocking news that spread rapidly, people all around the boxing community and sports world were beyond shocked. The families of all involved were devastated to have their loved ones taken away from them when it looked like they had such promising lives ahead of them.

At the time of the crash it was the worst air accident in the Polish history, it almost seems wrong to remember only 22 people when 87 died that day. The people of Poland had 52 residents on board, including a popular singer named Anna Jantar she was just 29 years old. It was devastating news for each and every family that had to receive a phone call to tell them what they feared the most, their loved one was on board. It was a sad day that should be remembered, while their lives ended, remembering them extends a legacy that will live forever. May they all rest in peace.

Here is the news report from ABC news following the tragedy:
http://abcnews.go.com/Archives/video/march-14-1980-boxers-die-plane-crash-13132329

Here is an in depth newspaper archive that includes some reactions from family members as well as several boxers:
http://news.google.com/newspapers?nid=2211&dat=19800322&id=FqMkAAAAIBAJ&sjid=Zf4FAAAAIBAJ&pg=1218,1069822

https://www.facebook.com/OnThisDayInSports
Posted by Wade Forrester at 9:17 AM